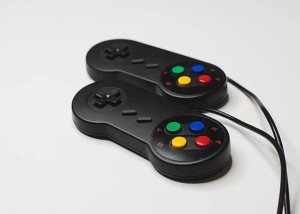 Tel Aviv, December 12 – Researchers seeking to explain the many more rounds of voting citizens of the Jewish State must endure than their predecessors did have seized on the realization that the current generation of voters grew up during and immediately following an explosion in the prevalence of virtual interactive entertainment, leading them to conclude that the increase in parliamentary balloting results from prolonged exposure to the influence of that entertainment.
Academics in the Political Science and Sociology departments at Tel Aviv University announced today the findings of a study they conducted beginning with the first instance of elections in 2019, this past April, but which took on heightened relevance as another round of voting took place in September – with yet another to come in March 2020. The study looked at the close correlation between the increase in election frequency and the rise of immersive video games, and concluded that a causative relationship exists between the latter and the former. The study appeared in this week’s issue of the journal Specious.
“We observed a direct relationship between the prevalence of video games and the increase in size of the electoral cohort that grew up playing those games,” the article stated. “Closer examination led us to the realization that given the axiom that exposure to violent video games produces a more violent society, an analogous dynamic must be in play in Israeli society: video games with gratuitous elections in them leading to unnecessary and harmful elections in the real world.”
The researchers also pointed to the relative paucity in neighboring Palestinian society – and all the Arab or Muslim societies in the region – of both a robust cohort of gamers or former gamers, and therefore of elections. “By examining the negative hypothesis as well,” the article continued, “we determined that the relationship carries significance. Palestinian elections have not taken place in more than a decade, and examination of the prevalence of video games in Palestinian society reveals insignificant levels of such activity. The causative link also exists in wider Arab society throughout the Middle East, where both video games and regular elections of any real democratic import remain vanishingly rare.”
Researchers offered few specifics for practical measures the link suggests. “The phenomenon deserves further study,” the article concludes. “We recommend related interdisciplinary explorations, such as any correlations between blindness to left-wing antisemitism in video games and the same feature of large swaths of Western society, or between the lack of female gamers playing driving-related games and the common understanding of women as inferior drivers.”