Breaking Israel News reports on  a post at the StandwithUs Facebook page (I couldn’t find the original.) 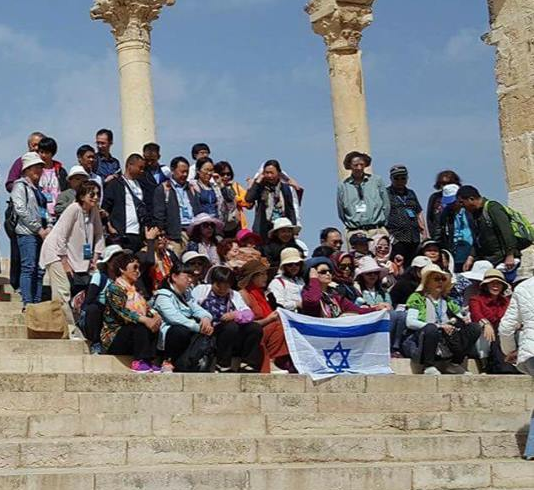 This is truly remarkable, since the Waqf has stopped people from wearing Israeli flag buttons.

In 2013, a small group of Jews unfurled an Israeli flag and were immediately escorted off the site by Muslim and Israeli police.

In 2015, a Christian tourist was beaten for waving an Israeli flag near the Dome of the Rock.

In 2016, an Israeli who photoshopped himself waving a flag on the Temple Mount was briefly arrested by Israeli police who thought he really did it.

So this photo is quite surprising.

Arab media, of course, are claiming that this group of Chinese tourists are Jewish “settlers.” 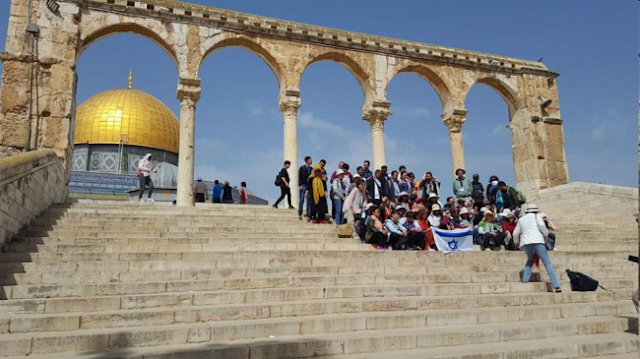