The New York Times has an article about Israeli discussions of annexing Maaleh Adumim.

Buried in the article, not noticeable unless you really pay attention, are a couple of things that the media usually ignores altogether.

For eight years we have been hearing about how Israel is building a huge number of houses in the territories and how that was preventing a two-state solution. And many of these charges came from Obama and Kerry.

Now that they are gone, the NYT admits that this is largely false – Israel hasn’t built much at all during that time period.
Why was there no fact checking when Obama and Kerry made their statements? It isn’t as if the facts were hidden; the numbers of new housing starts are public information and Peace Now has the numbers, also buried under the 8-fold counting of every single stage of building approvals making it appear that there were far more units being built than was true.

If the New York Times cares about truth, and is so keen to call the current president a liar, than why did they not do the same for Obama’s false claims?

Here’s the second piece of truth that accidentally was revealed by the NYT article: a photo of the mall in Maaleh Adumim. 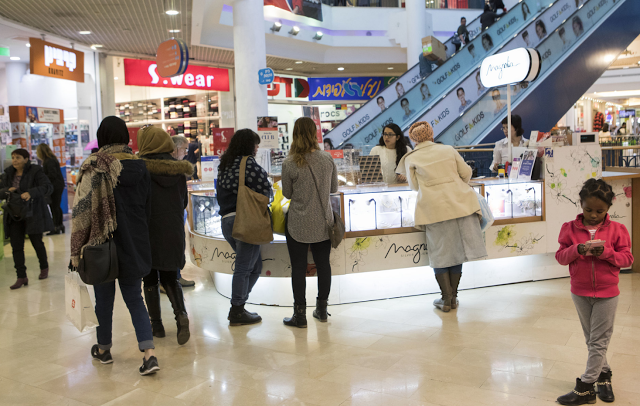 Two Muslim girls (and an Ethiopian child) hanging out in the mall of this “settlement.”

If you read the New York Times or other media, you wouldn’t think that Arabs ever appear in the Jewish communities (except as laborers.)

Here we have Arabs voluntarily going shopping in the  “Jewish only settlement” without any fear whatsoever.

Yes, sometimes the NYT reports the truth. But even when it does, you need to discover it – it won’t be in the headlines or in the first several paragraphs of text.