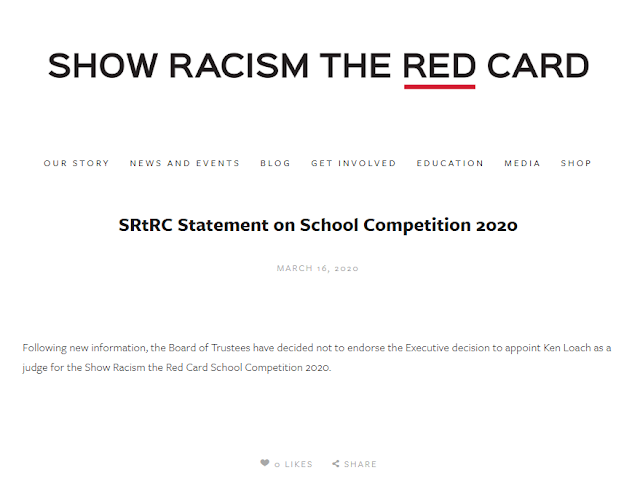 Show Racism the Red Card has capitulated to demands it drop Ken Loach, after an Israel lobby intimidation campaign said to have threatened its “very existence.”

Earlier this month the charity, which works against racism in football, announced that it was standing by its appointment of the socialist filmmaker as judge of their annual schools competition, alongside children’s poet and author Michael Rosen.

But in a new statement on Wednesday, the charity said that they and Loach “have together agreed that Ken will not act as a judge” for this year’s competition.

Loach’s production company Sixteen Films said in a statement that the anti-racist charity had been “subjected to an aggressive and abusive campaign” threatening its funding.

The article goes on to repeat a litany of unsupported allegations that Loach’s production company lodged against the organized Jewish community.

But if you read the original Board of Deputies letter about Loach, you can see that he is even more problematic than I knew: 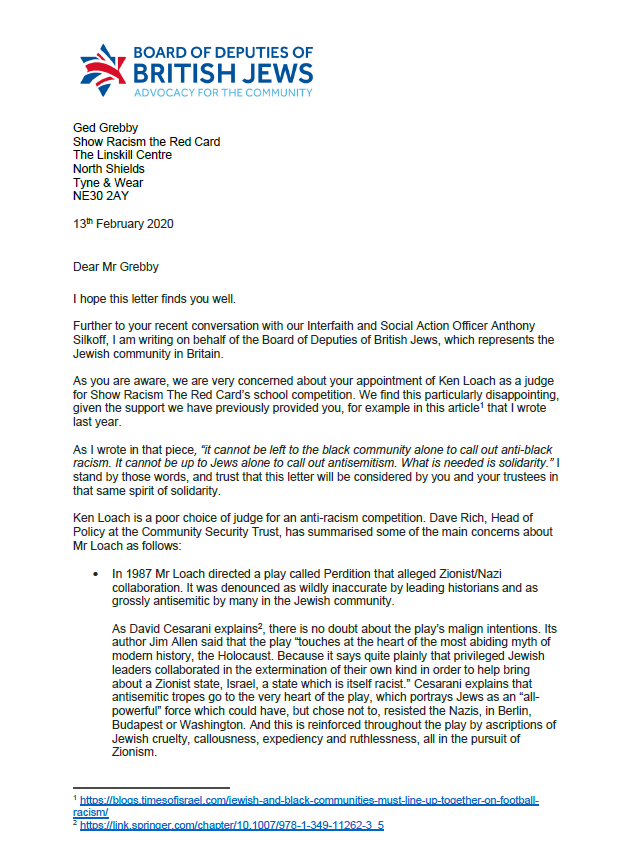 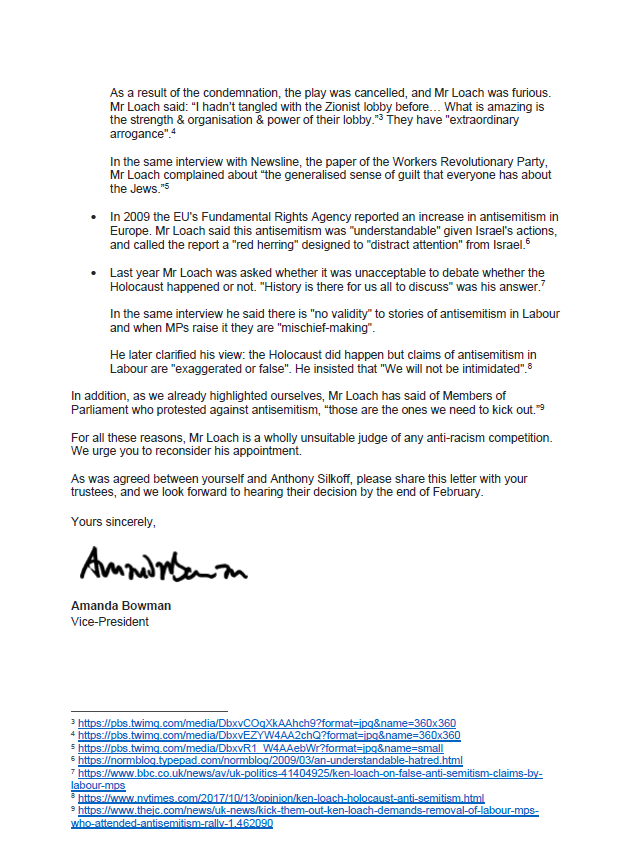 Originally, SRtRC stood by Loach, even after receiving this letter. Now they say they changed their mind “following new information.” Does that mean that directing a play that blames Jews for the Holocaust isn’t enough? That condoning Holocaust deniers isn’t enough? What new information could there possibly have been?

The haters are complaining that the new information is that “Zionists” used financial pressure on the anti-racist organization to drop the director. This information doesn’t come from SRtRC but from Loach’s production company. Whether this is true or not, it is pretty rich coming from people whose lives center around economically boycotting Israel.

Apparently, financial pressure is an unfair tactic only when the other side does it.