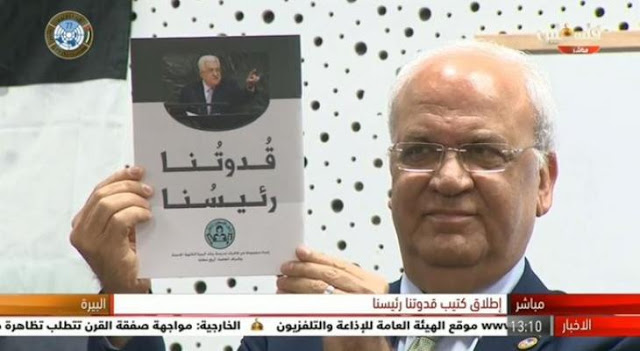 We already knew that Mahmoud Abbas is a dictator. Apparently, he wants to learn from the best.

Just like Chairman Mao essentially forced every Chinese citizen to own a copy of the “Little Red Book” containing hundreds of his aphorisms, PA president Mahmoud Abbas is publishing a book of his own sayings to be distributed to all schools under his control. Paltoday reports:

Minister of Education Marwan Awartani said that the ministry is committed to printing this booklet and distributing it to all schools in the country, adding that teaching students these quotations is an important initiative to develop their creative skills to highlight the national identity and bring about the development and change desired.

A member of the Fatah Central Committee Azzam al-Ahmad said that the booklet was printed by a decision of President Mahmoud Abbas and distributed to all educational institutions in the country.

People are complaining on social media – because they assume that the quotes will support peace rather than war. The terrorist groups see Abbas as someone who cooperates with Israel and who, occasionally, condemns terror attacks against Jews, so they don’t want their kids to be influenced by someone like that.

Another said she didn’t want her kids to learn from someone who gave up on returning to his birthplace in Safed.

It should be fun to see how this plays out.