On Monday we discussed a pending European Court of Justice ruling that Israeli goods created in settlements must be labeled as such.

The ruling this morning confirmed the earlier logic that consumers have the right to know that food comes from settlements because of “ethical considerations” listed in  Regulation No 1169/2011. This press release discusses the ruling:

In addition, as regards the issue whether the indication ‘Israeli settlement’ is mandatory, the Court first of all underlined that the settlements established in some of the territories occupied by the State of Israel are characterised by the fact that they give concrete expression to a policy of population transfer conducted by that State outside its territory, in violation of the rules of general international humanitarian law. The Court then held that the omission of that indication, with the result that only the territory of origin is indicated, might mislead consumers. Consumers have no way of knowing, in the absence of any information capable of enlightening them in that respect, that a foodstuff comes from a locality or a set of localities constituting a settlement established in one of those territories in breach of the rules of international humanitarian law. The Court noted that, under Regulation No 1169/2011, the provision of information to consumers must enable them to make informed choices, with regard not only to health, economic, environmental and social considerations, but also to ethical considerations and considerations relating to the observance of international law. The Court underlined in that respect that such considerations could influence consumers’ purchasing decisions.

The lawsuit that prompted this came from the Psagot winery.

But Regulation 1169/2011 specifically excludes alcoholic beverages from its domain! For some strange historic reason, the only mandatory information for alcoholic beverages under EU regulations is the percentage of alcohol content. Health issues, while addressed in many European states’ own rules, are not mandatory across the EU.

This absurd situation is illustrated in this 2018 slide from Eurocare that urges alcoholic beverages to be forced to have minimum health label information: 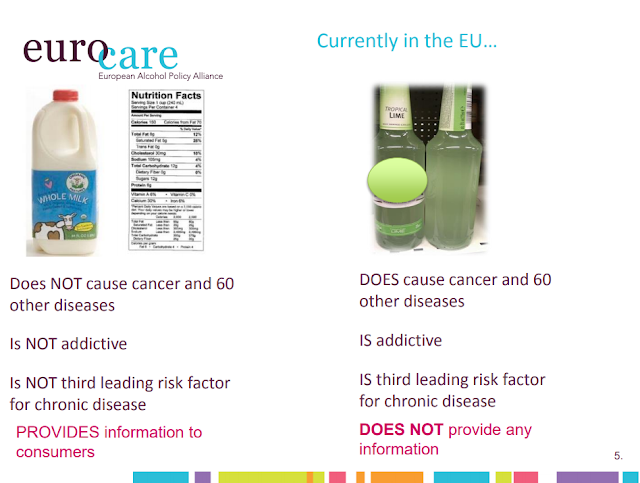 The court rulings are (seemingly) being applied to Psagot based on the wording in a regulation that does not currently apply to Psagot wines!

(The full court ruling is not published as of this writing. )

Which means that the ECJ says that it is more important to include the phrase “Israeli settlements” on wine bottles than “don’t drink and drive” and all the other health warnings about alcohol listed here in a document that discusses potential EU policies on labeling alcoholic goods: 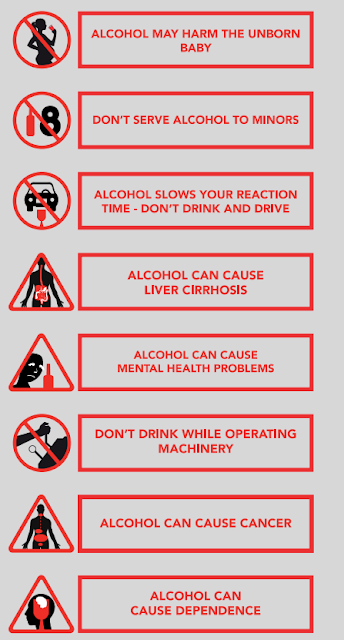 Until the full ruling comes out, I don’t know if it addresses the issue of “ethical considerations” being applied in a discriminatory manner only to Jewish communities in Judea and Samaria and not for foodstuffs that come from any number of countries with questionable policies on ethical issues. But saying that consumers of wine need to know more about the political situation of the place it is produced than about the health implications of consuming it is seriously messed up.