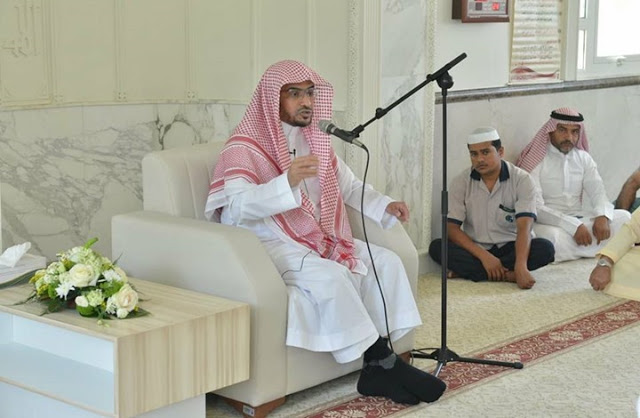 A Saudi preacher ignited a big controversy by saying that the sacrifice that Abraham did was of Isaac, as the Torah says, and not Ishmael.

On a TV show on MBC TV, Salih al-Mughamsi said that his interpretation of the Quran is that the “sacrifice” is of the prophet of God, Isaac, not his brother Ishmael.

He said that Ibrahim (Abraham) left Hajar (Hagar) and his son Ishmael in Mecca, then at the age of 75 returned to his people to preach to them, and then married Sara, who gave them Isaac, and God ordered him in a dream to slaughter his son.

The thing is – the Quran doesn’t contradict him!

The story of the sacrifice in the Quran doesn’t mention Ishmael once. Isaac is mentioned after the event, which is why many Quranic scholars believe that the main passage doesn’t refer to Isaac.

And [then] he said, “Indeed, I will go to [where I am ordered by] my Lord; He will guide me. My Lord, grant me [a child] from among the righteous”. So We gave him good tidings of a forbearing boy. And when he reached with him [the age of] exertion, he said, “O my son, indeed I have seen in a dream that I [must] sacrifice you, so see what you think.” He said, “O my father, do as you are commanded. You will find me, if Allah wills, of the steadfast”. And when they had both submitted and he put him down upon his forehead, We called to him, “O Abraham, You have fulfilled the vision.” Indeed, We thus reward the doers of good. Indeed, this was the clear trial. And We ransomed him with a great sacrifice, And We left for him [favorable mention] among later generations: “Peace upon Abraham”. Indeed, We thus reward the doers of good. Indeed, he was of Our believing servants. And We gave him good tidings of Isaac, a prophet from among the righteous. And We blessed him and Isaac. But among their descendants is the doer of good and the clearly unjust to himself.

According to this site, 38 of Mohammed’s companions support the Isaac theory, and only 28 support the Ishmael theory. Both traditions have serious support within Islam.

It is interesting that a preacher is willing to even say this out loud nowadays.