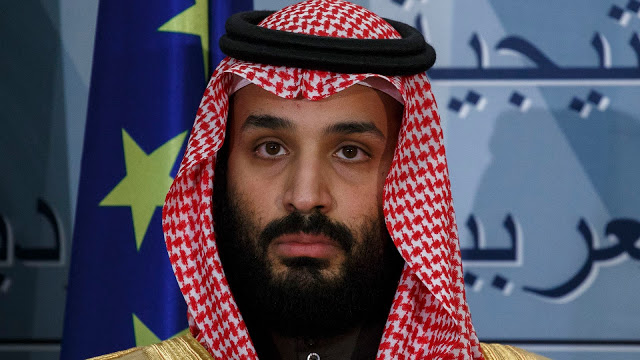 
In a closed-door meeting with heads of Jewish organizations in New York on March 27th, Saudi Crown Prince Mohammed Bin Salman (MBS) gave harsh criticism of Palestinian President Mahmoud Abbas (Abu Mazen), according to an Israeli foreign ministry cable sent by a diplomat from the Israeli consulate in New York, as well three sources — Israeli and American — who were briefed about the meeting.

The bottom line of the crown prince’s criticism: Palestinian leadership needs to finally take the proposals it gets from the U.S. or stop complaining.

According to my sources, the Saudi Crown Prince told the Jewish leaders:

“In the last several decades the Palestinian leadership has missed one opportunity after the other and rejected all the peace proposals it was given. It is about time the Palestinians take the proposals and agree to come to the negotiations table or shut up and stop complaining.”

MBS also made two other points on the Palestinian issue during the meeting:

He made clear the Palestinian issue was not a top priority for the Saudi government or Saudi public opinion. MBS said Saudi Arabia “has much more urgent and important issues to deal with” like confronting Iran’s influence in the region.
Regardless of all his criticism of the Palestinian leadership, MBS also made clear that in order for Saudi Arabia and other Gulf states to normalize relations with Israel there will have to be significant progress on the Israeli-Palestinian peace process.