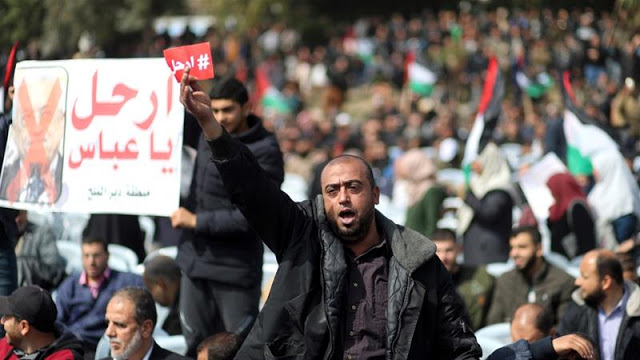 The head of the PLO’s executive committee, Saeb Erekat, said that Hamas had revealed its true nature and had officially removed its mask to prove that it was an operational tool for Donald Trump’s “deal of the Century” peace plan.

Erekat said to Voice of Palestine Radio  that Hamas and others calling for Abbas to leave his role as president are “functional tools created to carry out the strike against the Palestinian national project and prevent the establishment of an independent state.”

There have been some large rallies in Gaza recently, organized by Hamas, calling on Abbas to resign.

It used to be that Palestinians accused each other of being Zionist, or Jewish. Now they are accusing each other of supporting Trump.