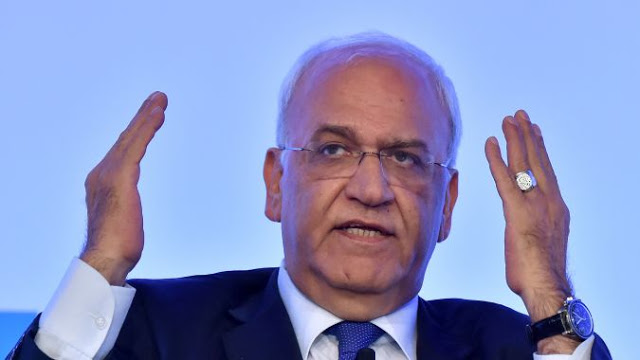 The Palestinian Authority often assures its people that among its top priorities is the release of Palestinian prisoners in Israel – most of whom are convicted for terrorist crimes including murder.

Chief PLO negotiator Saeb Erekat recently reiterated this, terming actions of terrorist prisoners as “acts of heroism”, and stating that Palestinians “bow [their] heads in admiration and honor of the prisoners’ sacrifices, for their acts of heroism”:


“Our brave prisoners, who gave and sacrificed their freedom for Palestine and its freedom, are worthy of aid, support, and constant activity by us in order to release them and put an end to their suffering. The prisoners’ cause is a national and central cause, and we bow our heads in admiration and honor of the prisoners’ sacrifices, for their acts of heroism, and for their ongoing battle with the occupation.”

Too bad CNN won’t bother asking him about this the next time they let him spew his lies on international TV.