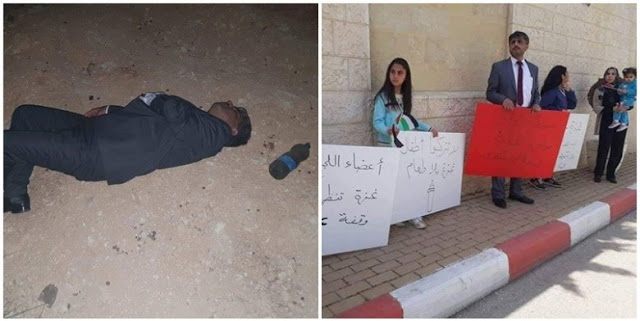 Palestine Times (Hamas-leaning) has a report about Dr. Imad Mohamed El Masry, a Gazan who has lived in Ramallah for ten years.

El Masry, who works for the Palestinian Ministry of Health, has recently become an outspoken critic of Mahmoud Abbas’ policies to punish all of Gaza over the past 18 months.

After he held a protest in Ramallah, he received threats to his job and his life last Thursday from the Ministry, according to the report.

And then he was kidnapped on Sunday.

His family found him yesterday, in a semi-conscious state, and his wife posted about it on Facebook.

The story is plausible, although the source is problematic. There have been plenty of reports of Palestinians arrested for political reasons over the years, and there are still Fatah military groups active in the West Bank.