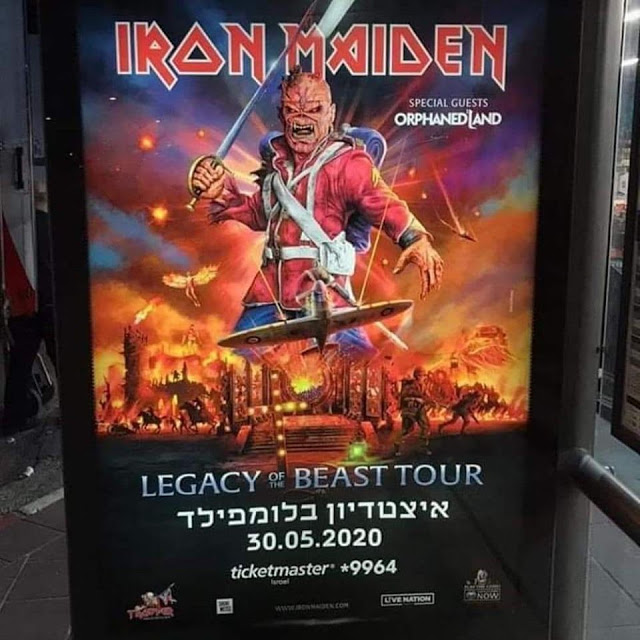 One of heavy metal’s biggest bands will be returning to Israel next year, for its first show in the Jewish state in 25 years.

On Thursday, the band Iron Maiden confirmed that it will be appearing in Tel Aviv next year for its first show in Israel in a quarter of a century.

While many Israeli fans rejoiced, some Orthodox Jewish fans in Israel urged the band to reconsider the timing of the concert, which begins Saturday evening before the end of the Sabbath and a day after the Shavuot holiday.

A petition launched by Orthodox fans has called on the show’s promoters to push off the date of the concert.

“For the greater good of G-d and the Jewish people, please choose a day to play here that doesn’t fall out on one of the forbidden times.”

Other fans took to the ‘Bring Iron Maiden to Israel’ group to organize a group Shabbat at a hotel in Tel Aviv near the venue, allowing religious fans to make it to the show after the end of the Sabbath (8:23 p.m.).

Aviva Fort, who previously covered the Israeli metal scene with ‘Metal Israel’, told Arutz Sheva concert promoters fail to realize that a growing number of rock and metal fans in Israel are religiously observant, assuming that the fan base is exclusively secular.

“The foreign-born religious population is only growing. Concert promoters and the rest of Israeli society need to deal with reality: Shabbat-observant people that move to Israel or study here don’t necessarily fall into the strict boxes delineated by Israeli society. Shutting out an entire sales market by not taking our needs into account is just not a smart financial move.”

The problem is compounded by the fact that the Friday before the concert is Shavuot, so any religious fan would have to be in a hotel for two days – and most religious Jews would want to be with their families on the holiday rather than in a Tel Aviv hotel.

Some people might think it is strange that religious Jews would be fans of heavy metal, but there are plenty of Jews who take Jewish law seriously and who also fully participate in secular society, including listening to the same music everyone else listens to.

The petition has little chance of making an impact; the band’s full tour dates are published. However, there is a five day gap between the May 30 show in Tel Aviv and their next concert in Finland. If enough “frum” metalheads convince the promoters and band that there is money to be made by adding a second show, then, just maybe, they can pull it off. They just need to convince 30,000 Israelis to come to a second Sunday night show!