The article, by a female of Palestinian ancestry, is truly amazing in doing everything to exonerate Islam, and Palestinian/Arab culture, from worldwide honor killings like Israa’s:

Honor killings are not Muslim and they are not Arab. This is a universal phenomenon which takes places in nearly all corners of the globe, from the United States to Europe. The US president stands accused of rape. Honor killings were legal in Italy until the 1970s and still happen today. Do not use this narrative to reinforce dangerous stereotypes of Arab culture and Islam. Patriarchy exists every where.

It is true that honor killings are not exclusively a Muslim phenomenon – they also occur in Hindu and Sikh cultures and occasionally elsewhere (as she almost says, southern Italy specifically tolerated such acts until the 1980s. Every notable example of honor killings of women in Italy since the 1960s has been done by Muslims.) 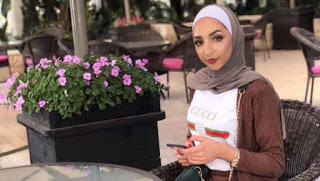 But the author and Tlaib are simply lying by implying that it is a universal phenomenon, or that it is an inevitable result of the patriarchy. Patriachical societies are literally everywhere but honor killings are not. They are specifically in societies whose culture is based on the honor/shame dynamic, not the guilt dynamic of nearly all of Western culture. In honor/shame societies, one’s sense of self-worth is tied up in how one is perceived by others, while in guilt societies, it is largely based on one’s perception of oneself.

The article in fact blames everything but Palestinian society – including blaming Israel, as if the “occupation” is responsible for the honor/shame culture throughout the Middle East and other parts of Asia.

In Palestine, our legal system is the result of a century of occupation and political turmoil. It is a combination of Ottoman, British, Egyptian (in Gaza), Jordanian (in the West bank), and even no system (Area C). Despite various and continued efforts over the last decade, there has been very little reform to this outdated and dysfunctional legal system for two reasons: Israeli military occupation and a corrupt Palestinian Authority both hinder any legal, economic, and social progress.

Israel has literally zero influence over Palestinian law. More importantly, honor crimes are no more prevalent in Palestinian-controlled territories than in the surrounding Arab states.

The author mentions pinkwashing – and in so doing, shows that she is guilty of X-washing far more than Israel is:

When it comes to power structures, women’s bodies are always tools to reinforce some sort of ideal, whether honor, or pink-washing…doubtless some Hebrew articles being published by some Zionist news outlets to try and pink-wash occupation (again lol).

The entire point of this article that Rashida Tlaib recommends is to whitewash the responsibility of Palestinians, Arabs and Muslims to rid their societies of the honor-based thinking that caused the murder of Israa Ghareb by universailizing – and therefore minimizing – the real reasons for her death.

This article recommended by Rashida Tlaib reinforces and justifies Palestinian violence against women by blaming everything but Palestinian culture for her death.

That is injustice for Israa.