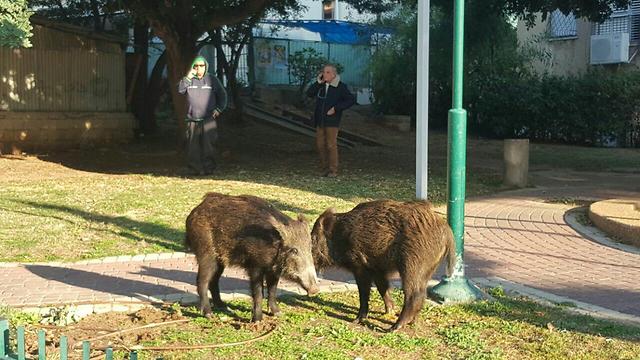 We’ve noted many times that Palestinians blame Israel for the many attacks by wild boars they experience. Mahmoud Abbas himself claims that Israeli Jews raise the animals (with rabbinic approval) just to train them to attack Palestinian Arabs and farms.

Now we finally have proof.

YNet reports that wild boars were found roaming around Bat Yam. Residents called police who tranquilized the animals and released them in an open area in Rishon LeZion.

Note that they didn’t kill the beasts. They kept them alive, obviously for future mayhem against Palestinians!

The article notes that wold boars are a protected species in Israel – yet more proof that Israel is protecting the animals for their nefarious purposes of releasing them in Palestinian areas.

YNet notes that the wild boars can be found in the Sharon region, the coastal plain, the northern Negev, the Dead Sea and in some cities as well.

The Jews stop at nothing to raise them everywhere.