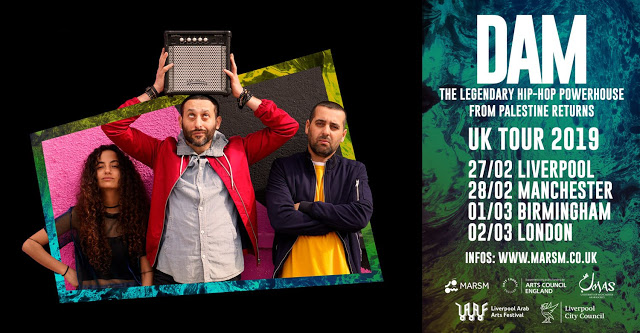 Pro-Palestinian and pro-BDS social media activists are very happy to see the hip-hop group DAM announcing their tour of England next week:

What they don’t mention is that DAM is based out of Lod, Israel.

They might identify as Palestinian, but they are Israeli. They might have songs that are anti-Israel, but they pay Israeli taxes. They started their career singing in Hebrew and playing in Tel Aviv clubs. Their first anti-Israel song was written after one of their friends was killed in a shooting – even though he was killed by an Arab.

Their Internet domain is registered in Israel.

By any definition, they are an Israeli hip-hop group that sings now in Arabic.

No, the woke people behind BDS only boycott “Israeli” artists when they are Jewish. If DAM would bring in a leftist anti-Israel Israeli Jew to sing with them, they would lose every gig in England because of protests.

BDS is pure Jew-hatred dressed up as “anti-Zionist.”