Professor Jason Hill wrote a provocative article in The Federalist where he makes a case for Israel annexing all of Judea and Samaria.

There can be no such thing as legitimate “Palestinian Territory” in a geographic region legally seized in a defensive war instigated by a foreign aggressor. The purpose of war is always to vanquish the enemy. The losers of the war cannot make demands on the victors that the victors themselves would not have been put in the position of meeting had the adversary or enemy not forced the victors into making it in the first place.

Israel was forced into a war, which it won. It was then expected to renounce and repudiate the consequences of its fairly won war by capitulating to the conditions of its vanquished enemy, which included, among other self-sacrificially undertaken goals, granting statehood, autonomy, right of return, and the ultimate elimination of Jewry from the region.

… Not all cultures are indeed equal. Some are abysmally inferior and regressive based on their comprehensive philosophy and fundamental principles—or lack thereof—that guide or fail to protect the inalienable rights of their citizens.

Given the voting patterns of Palestinians—towards Islamicism and terrorist organizations for the most part—that openly advocate and work for Israeli and Jewish destruction and annihilation, a strong argument can and ought to be made to strip Palestinians of their right to vote—period. The regional hostilities towards Israel in the Middle East are such that Israel must take those threats seriously. It must work for a coalition of forces to neutralize them.

The blowback has been vicious – and richly ironic.


A coalition of activist student groups, including the DePaul chapters of Students for Justice in Palestine, United Muslims Moving Ahead, DePaul Socialists, Students Against Incarceration, College Democrats and Lambdas, banded together to call on DePaul to condemn the professor and ask for an apology.

“We, the students of DePaul University call upon the administration to censure Professor Hill for his heinous statements against marginalized communities,” the student coalition said in a statement. “His comments create unsafe and uncomfortable spaces for everyone, especially Palestinian and Muslim students […] We are not only seeking censure, but for Professor Hill to commit to racial sensitivity training and to release a public apology for his immoral conduct.

The group of students called the article “racist, anti-Palestinian, xenophobic, sexist, and Islamophobic.”

So Students for Justice in Palestine, which espouses a one state solution eliminating the Jewish state and the Jewish right to self determination, is upset over a professor arguing the exact mirror image of their beliefs against Arabs instead of Jews!

They argue that his position makes not only Muslims but “everyone” uncomfortable – the same people who shout down any speaker who supports Israel, who place fake “eviction” notices on the doors of Jewish students, and who force all students to go through mock “checkpoints.”

All Professor Hill did was write an article. These people picket, protest, threaten and scream at Jewish and Zionist students (and often worse) – and they feel threatened? 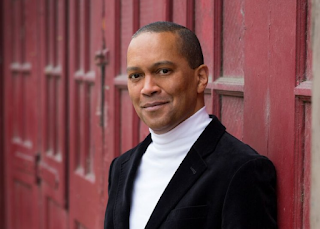 Even more ironic is that Professor Hill is black. Apparently, according to the “woke” crowd,  black people are not allowed to hold any position different from what the predominantly white SJP and Socialist groups want them to hold.

The people who are screaming “racism” are the racists who believe that people of color who don’t agree with them must be fired or censured for their opinions.

Rest assured, these mostly lily-white “progressives” are trying to silence a person of color. By accusing him of racism, sexism and xenophobia – and the article was none of those things – their only goal is to strip Dr. Hill of his rights to free speech. Only certain types of speech are acceptable to these so-called “progressives.”

Real anti-racists should welcome a person of color speaking his mind when it goes against the conventional wisdom. Racists want to shut such a person up.

Now we know that the DePaul chapters of Students for Justice in Palestine, United Muslims Moving Ahead, DePaul Socialists, Students Against Incarceration, College Democrats and Lambdas are against free speech.

They support persecuting people of color who disagree with them.

By their own definitions of the terms they use so often when accusing others, these “progressives” are racists and fascists.