The legislative body of the Palestinian Liberation Organization (PLO) is set to discuss suspending the recognition of Israel, in addition to several other critical issues of Palestinian politics.

For the first time in nine years, the Palestinian National Council (PNC) is scheduled to convene in Ramallah on Monday, in a meeting that has Palestinians split between supporters and opponents of the gathering.

The PNC is expected to vote in a new 18-member Executive Committee of the PLO, the governing body of the organisation, and discuss transforming the Palestinian Authority, which governs parts of the occupied West Bank, into a state with its own institutions and monetary system.

Dominant Palestinian faction, Fatah decided to push ahead with convening the PNC, despite the Popular Front for the Liberation of Palestine (PFLP) boycotting the meeting.

Critics, however, argue that Abbas’ insistence to convene the PNC is motivated by ensuring his legacy and preserving the interests of his Fatah faction.

They fear that once Abbas, 82, guarantees the formation of a loyalist PNC and PLO executive body, he would then work to guarantee the continuity of his vision after he leaves the scene.

Maher Obeid, a senior Hamas official, told Al Jazeera that Abbas did not want Hamas to participate unless it surrenders to its conditions and gives up its armed resistance to Israeli occupation.

“Abbas wants to exact revenge on Hamas for his own personal reasons,” Obeid said.

Hamas issued a statement rejecting the “convening of the Council under the bayonets of the occupation”.

In the end, this is all Abbas. Nothing will be agreed upon unless Abbas supports it. The meeting is a joke meant to make his dictatorship look slightly more democratic.

The PLO has lots of organizations that make it up, but the only one that matters is Abbas’ Fatah, which dominates it. Some of these organizations may only exist on paper only nowadays. 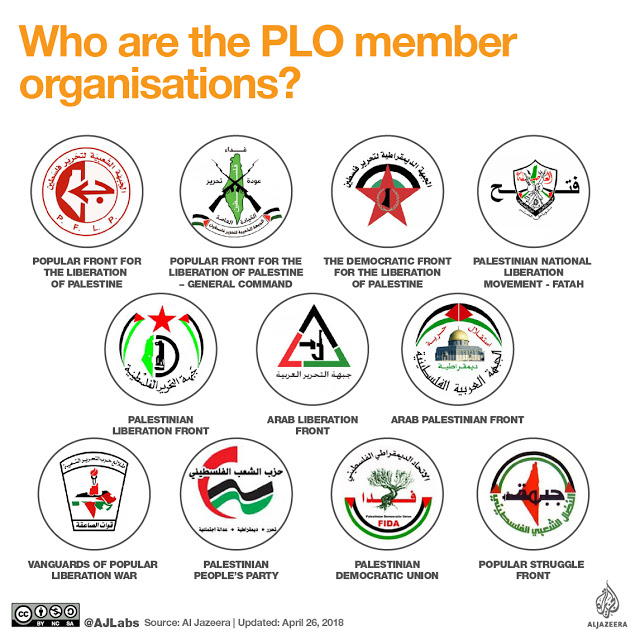 It is worth remembering that the entire reason the UN and many nations recognize the PLO as the representative of the Palestinians is because of Oslo, especially the letter than Yasir Arafat wrote recognizing Israel and repudiating terror.

If the PLO decides to nullify its recognition of Israel, then shouldn’t it be kicked out of the UN?

The answer is, obviously it won’t, because the second Intifada that the PLO wholeheartedly supported didn’t even cause the slightest ripple in the world’s support for the terror organization.

The PLO officially nullifying recognition of Israel  (or even considering it) will prove one thing, though: any future negotiations where the Palestinians promise something on their side, their promises may be automatically assumed to be a lie. Look how easy it is for them to nullify their solemn agreements!

The further irony is that the Arabs and Muslims delight in telling their children that Jews are the ones who do not keep their agreements.