A 175-page lawsuit was reportedly filed in District Court, District of Columbia with the fascinating title of

COMPLAINT FOR AIDING AND ABETTING (1) THE DENATIONALIZATION AND
DEHUMANIZATION OF THE PALESTINIAN PEOPLE, (2) THE INSTALLATION OF
AN APARTHEID REGIME IN THE OPT, AND (3) AND (4) SECURING AWARDS OF
DECLARATORY RELIEF THAT THE ISRAELI CITIZEN KNOWN AS MR.
NETANYAHU IS A WAR CRIMINAL AND THAT THE ISSUE OF THE LAND
TRANSFER COMPONENT OF DEFENDANT KUSHNER’S PEACE PLAN SHOULD
BE REFERED TO THE UNITED NATIONS GENERAL ASSEMBLY.
Plaintiffs include Ahed and Bassam Tamimi, the Dawabshe family, and a number of people whose names I don’t recognize but who are supposedly Palestinians or Palestinian Americans.
The defendants include Donald Trump, Bibi Netanyahu, Andrew Cuomo, Miriam Adelson, AIPAC, David Friedman, Jared Kushner, Newt Gingrich, Rudolph Giuliani, Mike Huckabee and more.
The text looks more like a manifesto of a mass murderer than a real legal document. It is filled with completely nutty assertions, antisemitic allegations, and fantasies.
The antisemitism is clear. Some 15 times it accuses Israel of poisoning Palestinian water wells and livestock, an echo of one of the original blood libels.
Here is one of the introductory paragraphs that contain nothing but fantasies:

The war crimes inflicted on the Palestinian civilian population were necessary because the Zionist Organization of America (herein after ZOA) mandated in 1898 that the country of Palestine would be the location of the new Jewish homeland. Consistent with that mandate, PMN (Netanyahu) and former PM Sharon decided forty years ago that Palestinians had to become a denationalized, dehumanized, and an irrelevant population if Ben-Gurion’s vision of a sterile Jewish state was to be established in Palestine. The World Zionist platform (removal of all non-Jews from Palestine) dictated that Israel’s founding father, Ben-Gurion (1948)- “must take over all of Palestine,” as confirmed by former PM Golda Meir- “We must destroy any vestige of the Palestinian culture.” To accomplish these objectives, PMN gave a green light to his local guerilla army, i.e. settlement militia units, to maim and murder Palestinians, destroy their olive groves and their livestock, and steal their private property.

We learn, for example, that Jared Kushner is Netanyahu’s adopted son.

Netanyahu changed the name of the “Israeli Army” to the “Israel Defense Forces” to make the world believe that it was meant for defense.

The main aim of AIPAC is to expel all Palestinians from the territories.

Trump planned to “defund the UN before being inaugurated so he could deprive Palestinians of any foreign aid and deny them healthcare, i.e. genocide.”

This story is especially idiotic and antisemitic:

In 1998, at the height of the Tiananem Square demonstrations, PMN wanted to remove approximately 50,000 non-Jews from the OPT, thinking the world’s focus would be elsewhere, which it was. He concluded that if Israeli leadership could not get rid of the Palestinians, he must exterminate them, much like the Nazi regime concluded with respect to the Warsaw Jewish population, i.e. the final solution. He knew he needed some major financial support to make this happen, so he assembled a group of zealous, wealthy Americans, a representative sample being the Defendants named herein. He also needed a propaganda campaign machine, enter AIPAC. He needed massive off the books funding, enter Adelson and Kushner families and phony 501(c)(3)s. He needed a core group of vile, disgusting individuals who would do his dirty work and that of the Adelson family, i.e. settlers from Brooklyn. They never owned property before, and they took advantage of the situation in the OPT. They basically proclaimed that Jesus gave them this property, and told a BBC work crew, “this is our land, get the fuck out of here.” 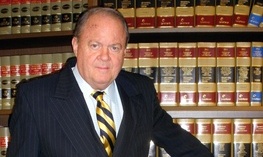 The lawyer,  Martin McMahon, who seemingly drafted this stream of consciousness drivel, has done stunts like this before.

The Jewish Press also has an article about this absurd suit with more background.