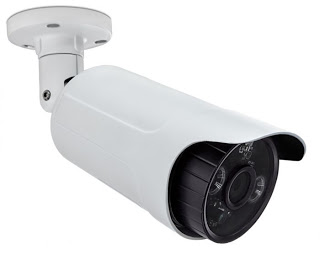 So what are the details behind the supposedly “smart” security cameras that Israel plans to deploy outside the Temple Mount to replace the metal detectors?

Haaretz says that they are essentially sophisticated face recognition systems that can scan thousands of faces at a time to look for known suspects. As such, they quote police, these cameras would not help stop “lone wolf” attacks or anyone who is not on a list. It is unclear whether they would have caught the terrorists bringing in the guns that killed the two policemen.

But Palestinian Authority “experts” are sure that they know better.


The director of the Department of Energy and Radiological Monitoring in the Palestinian Ministry of Health in the occupied West Bank, Ismail Hroub, explained that the “scanner” which Israel intends to install looks similar to the normal surveillance camera, and is installed in places where the authorities want to watch. It is indistinguishable from ordinary cameras.

He explained that the device emits high electromagnetic frequencies that penetrates objects and shows an image of a person like the ordinary camera but without clothes.

Hroub indicated that the monitors were filming the person naked and revealing the most accurate details of his body. It also reveals whether he is carrying metals, explosives or others things, pointing out that the anti-terrorist agencies in Europe refused to use the device because it would violate the privacy of citizens.

Hroub adds that these electromagnetic waves affect the human body due to exposure to external energy does not need, and affects people who have devices such as platinum in their bodies. In addition it is a danger to people who have irregular heart beats, where these waves disrupt their hearts, which may cause serious health problems.

It sounds like this “expert” is claiming that these cameras are giant X-ray machines of the type that Europe scrapped in airports  after privacy concerns were raised.

This is not one random Arab dude who believes this. This is an actual PA “expert” who is claiming that a surveillance camera can, at perhaps 50 meters away, shoot X-ray type waves and do everything a one-at-a-time airport screening machine can do to hundreds of people at once.