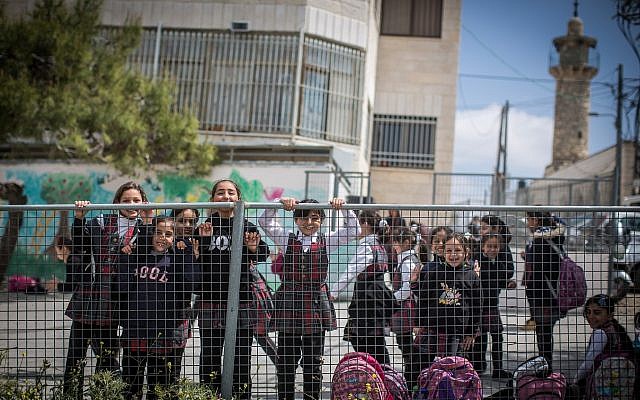 This news story is instructive:

The UN agency for Palestinian refugees vowed Saturday to continue operations in Jerusalem despite Israeli plans to remove it.

The Relief and Works Agency, or UNRWA, said that education, health care, and other services to Palestinian residents of East Jerusalem are “important work.”

On Thursday, Jerusalem Mayor Nir Barkat said Israeli authorities will take over the organization’s services, most notably schooling for 1,800 students, without giving an exact timeline.

Barkat, whose term as mayor ends at the end of the month, accused UNRWA of failing those under its purview and instead inciting terror activity.

According to Barkat’s plan, the seven UNRWA-run schools — with a total of 1,800 students — which operate without a license from the Education Ministry will be closed at the end of the current academic year, and the pupils absorbed into existing municipal schools.

Barkat wants to expropriate or lease the existing UNRWA schools to use as municipal buildings, and in addition will construct an educational and municipal services complex near the East Jerusalem neighborhood “whose services will be far superior to those that UNRWA has provided.”

The municipality will also issue closure orders for UNRWA’s medical centers, which operate without approval from the Health Ministry, and construct a new public health center in their place, Barkat said.

Existing UNRWA-run welfare programs operating within the Shuafat camp and nearby Kufr Aqeb will continue but will be transferred to the governance municipality welfare and employment services, according to Barkat’s plan.

Garbage disposal and sewage infrastructure, which Barkat said was currently under the auspices of UNRWA, will also be transferred to the municipality’s responsibility.

@UNRWA keeps telling the world how necessary it is to provide services for Palestinian “refugees.” But when a state says it will do all of those services – better – allowing UNRWA to use its money in other ways, it does not cooperate. On the contrary, UNRWA claims that its services of providing unlicensed medical and educational facilities are “important” and must remain even when they are completely redundant.

This episode reveals that UNRWA doesn’t exist to help Palestinians. On the contrary, UNRWA wants as many Palestinians as possible to use it in order to maintain its own existence.

UNRWA’s unique definition of “refugee” for Palestinians is self-serving. It is meant to ensure that it stays in existence forever.

What would happen if Jordan suddenly said that it is willing to take responsibility for its own citizens of Palestinian origin? Would UNRWA be happy or upset? This story tells you the answer. The Arab world, UNRWA and the Palestinians all have a vested interest in never solving the “refugee” problem – and in claiming that it is all Israel’s fault.