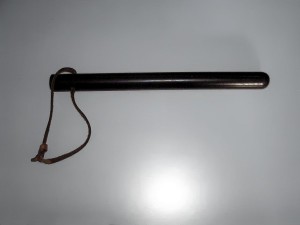 Jenin, March 8 – A local youth organization with American sponsorship has been forced to close its doors due to lack of responsiveness from area teens and preteens, after the target audience discovered that the term “boys clubs” refers not to instruments of violence, but a group of people gathered informally for a common set of pursuits.
A USAID program aimed at providing Palestinian boys with after-school programs to keep them from being drawn into violent movements such as Hamas failed to appeal to its intended demographic cohort by selecting misleading terminology. The Boys Clubs of Jenin, conceived as an alternative to militant groups and as a way of informally steering Palestinian youth away from violent pursuits, failed to attract more than two interested families and was unable to justify continuing operations, a spokesman for USAID announced today. She disclosed that the main failing of the Boys Club initiative stemmed from the lack of connection between Palestinian expectations of the word “club” and the program’s actual content.
Shuda Fnone, USAID Director of Palestinian Programs, told reporters that the organization attempted to recruit at least three dozen Jenin boys between the ages of ten and eighteen over the course of six months, with little success. “We met with quite a bit of initial curiosity, but then as we described the nature of our programs and their purpose, we could tell our interlocutors were losing interest,” she recalled. “Boys Clubs coordinators reported that as they went into further detail about the clubs, Palestinian youths and parents who until that point had greeted them with enthusiasm began to realize that our use of the word ‘club’ differed from their expectations. Whereas we were providing a safe environment for basketball, volleyball, chess, and other extracurricular activities, it appears that the population of Jenin had seized upon the word ‘club’ as an invitation to practice using Jews an piñatas – or, in a pinch, anyone who dishonored the family, or could be accused of collaborating with Israel.”
As a result of the failure of the program, USAID Boys Clubs will not be opened in other Palestinian cities, as originally intended, added Ms. Fnone. “We had hopes that this initiative could serve as a model that could be replicated elsewhere in the Palestinian territories, but that apparently is not in the offing,” she lamented. “Palestinian youth do not need our programs to give them an outlet and indoctrination to violence. For that they have their own government and UNRWA.”
She added that owing to cultural sensitivity, the program had initially been conceived as “Boys and Girls Clubs,” but that putting the two in one sentence would violate local taboos.