On Friday morning, Palestinian police arrested a journalist who broadcast live from Hebron. I do not know what he said, but the police officials said that he “talked about the coronavirus in a manner that spread terror and fear among citizens in Hebron.”

The Palestinian electronic crime unit has been following social and traditional media to find “violations and false news that spread fear and confusion among citizens.”

It sounds like this journalist warned about an outbreak of the virus in Hebron, and the police arrested him, warning the population that only official news may be published or posted.

This law sounds strikingly like the one that Syria has to block all news that the government doesn’t approve of and to arrest anyone – even doctors – who speak publicly about Covid-19 cases that are not officially acknowledged.

Is that the case here? Are there people with the virus in Hebron?

Why did Hebron suddenly decide to quarantine the entire city? 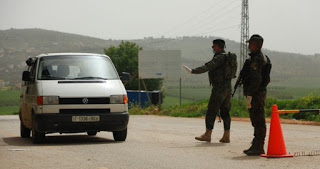 The governor of Hebron, Jabreen Al-Bakri, issued a decision Sunday night to completely close the city of Hebron until further notice.

A statement issued byAl-Bakri said, “It is based on the developments of the current health situation and in order to fight this pandemic and limit the spread of the coronavirus, it was decided to take precautionary and preventive measures in the city of Hebron from Monday, March 30, until further notice.

All the entrances to the city of Hebron are completely closed and entry and exit is prohibited.

Isn’t that a coincidence that the same city that had news that was considered too likely to panic citizens, which was hushed up, is two days later being completely quarantined?

Is there a major outbreak in Hebron that is being covered up?

If the PA is hiding coronavirus cases, it is endangering everyone in the region. It would be an unforgivable crime. The censorship itself is bad enough, but this could be China-level censorship – we don’t know.

PA president Mahmoud Abbas actually praised China for its coronavirus response last week. It looks like he is taking its lessons very seriously.