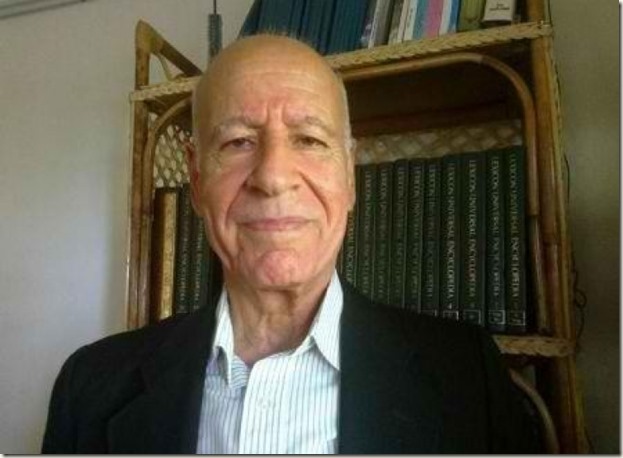 Tawfik Abu Shomer is a Gaza-based author and journalist who analyzes Israeli society. he has worked for the Palestinian Ministry of Information.

His most recent article describes the antisemitism that has accompanied the coronavirus, and other recent antisemitic incidents, as reported in Israeli media. He does not deny that there is serious Jew-hatred in the world today.

In the end, he urges the world to abandon antisemitism. But not because it is immoral. No, his reasons that people shouldn’t attack Jews are perfectly Palestinian:

Lastly, we, Palestinians must tell the peoples of the world: “Don’t attack the Jews, don’t destroy their property, respect them, don’t let them be brainwashed (to think Israel will protect them) so that they emigrate (to Israel), differentiate between them (the Jews in the Diaspora) and the occupying Zionists, make them feel respected and trusted, so that they don’t leave their countries of origin to become soldiers of the occupation who oppress us and settlers occupying our lands, for that is violating (our) most basic human rights.” Isn’t this principle a priority for Palestinian and Arabic activity in the fields of media and diplomacy?

Antisemitism is bad because it leads to Zionism!  Oppressed Jews might move to Israel, and that is the crime that must be fought against – not antisemitism itself but the possibility that it leads to aliyah.

Which means that the main victims of antisemitism are….Palestinians!

The funny thing is, much of the world is more likely to listen to this convoluted Palestinian logic than to the basic idea that hating Jews is bad in and of itself.