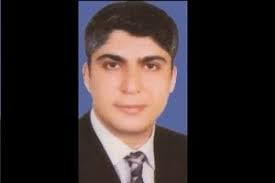 Palestine News Network, which is funded by the Holy Land Christian Ecumenical Foundation among others, has an article – by a lawyer -about how any security measures Israel takes in Jerusalem are against international law.

The author, Samir Dweikat, has three points, each one more ridiculous than the last.

The first is that international law guarantees freedom of religion. Muslims have always been so willing to allow other religions to practice under benevolent Muslim rule. The Jews, however (and he always says Jews and not “Zionists”)  “did not respect this and kept Jerusalem and the Al-Aqsa Mosque locked up with false arguments about their false history.”

We all know how tolerant the Jordanians were towards the Jews and synagogues and cemeteries in Jerusalem when they controlled it.

The second point is that metal detectors, like the ones at the Tomb of the Patriarchs in Hebron, prove that Jews do not respect themselves and human rules. “Jews are like stray animals.” Yes, that’s what he says.

His third point is that Jews will never give Palestinians a state. Only violent actions got the Jews to remove the metal detectors, and that type of “resistance” is what is necessary until the “liberation of Palestine.”

I can’t quite find the citations of international law here, but I’m sure it is there somewhere.