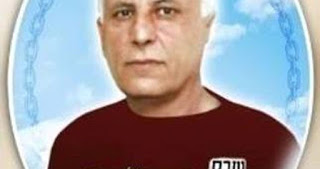 One of the more prominent (alleged)  hunger strikers is Karim Younis, 59, a terrorist who murdered Avraham Bromberg in 1980. He was originally sentenced in 1983 to life in prison but Shimon Peres commuted the sentence to 40 years.

He is one of a handful of Palestinians prisoners who have been there since before Oslo.

Today, Arab media is reporting that Younis is getting weaker from the hunger strike. But they are adding a detail that Younis is the longest serving prisoner in the world.

Of course, this is a lie. The 34 years he served so far are not even in the ballpark of the longest serving prisoners in the world, several of whom have been in prison over 60 years. Francis Clifford Smith has been in prison for nearly 67 years, almost double Younis’ stint.

For some reason, Palestinians always want to be known as the record-breakers. From “the only people under military occupation in the world” to the “largest refugee population in the world” they lie, exaggerate and make things up just to stay in the spotlight – a spotlight that they had for decades and whose bulb is inexorably burning out.