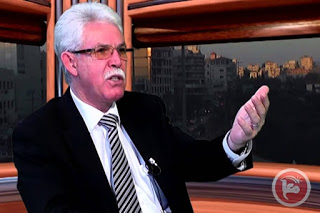 Ma’an reports that  Jamal Moheisen, a member of Fatah’s Central Committee, called on the Arab countries to implement a resolution of the February Arab summit that called on severing of diplomatic relations with any state that recognizes Jerusalem as the capital of Israel and moves its embassy to it.

This would, of course, include America.

As usual, the Arabs talk big and have no intention of following through to support their Palestinian brethren.  The chances that any Arab nation will halt diplomatic relations with the US over Jerusalem are exactly zero.

Mahmoud Abbas is trying to convince Latin American countries not to follow the US lead, but as far as I can tell, without the naked threats.

The PLO and Palestinian leaders are so intoxicated by the fact that they can call a summit to “protect Jerusalem” on a moment’s notice and get useless resolutions of support for their position, that they haven’t noticed that the Arab world really doesn’t care much about them at all.

Specifically, the Arab world is sick of the Hamas/Fatah infighting and does not want to throw good money after bad to prop up these drama queens.

Khaleel Assali, editor of the East Jerusalem-centric website Akhbar al-Balad, told Al-Monitor, “Jerusalem has become a word that everyone uses to show patriotism. We have heard so much of these words in the past and also millions have been committed in previous summits for Jerusalem, but we have not seen on the ground any changes as a result of these so-called donations.”
On the Akhbar al-Balad website, an unsigned report and undated editorial about the Saudi donation at the Arab Summit said Jerusalemites welcomed the generous gift but expressed skepticism as to whether it will differ from earlier pledges. The article stated, “We estimate that about $3 billion has been pledged to Jerusalem as a total of what has been publicly stated in previous summits, yet only tens of millions have actually reached Jerusalem — and even these amounts were not seen as having made any change in the city.”


Many Palestinians hope that this strong Arab support for Jerusalem will close off any chance that the United States will try to take the holy city “off the table,” a reference to what Trump had boasted about. But having seen this charade before, few if any are confident that this Arab position will not erode and compromises on this essential Arab demand will not be made.

Arab support for Palestinian Arabs has always been a charade, and it is no different today.