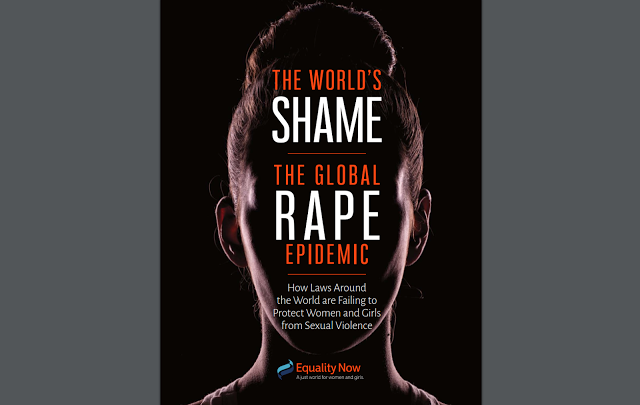 Equality Now just released a report on how the world’s nations and territories treat rape under the law.

The Palestinian Authority laws are among the very worst. And their laws are truly horrific.

It is legally possible for a perpetrator of rape or sexual assault to escape punishment if he marries the victim in at least 9 (out of 82) jurisdictions. These are Bahrain, Iraq, Jordan, Kuwait, Lebanon, Palestine, Philippines, Tajikistan and Tunisia.

A perpetrator can be exempt from punishment by reaching a “settlement”, financial or otherwise, with the victim or the victim’s family in at least 12 (out of 82) jurisdictions. These are Belgium, Croatia, Iraq, Jordan, Kazakhstan, Lebanon, Palestine, Nigeria, Romania, Russia, Singapore and Thailand.

Rape is treated as an issue of morality rather than one of violence in at least 15 (out of 82) jurisdictions. These are Afghanistan, Belgium, China, India, Indonesia, Jordan, Luxembourg, Netherlands, Nigeria, Pakistan, Palestine, Peru, Singapore, Taiwan and Yemen. In these jurisdictions, sexist terminology of humiliation, outrage, honour, modesty, chastity or morality is used in legal provisions on rape.

In rape cases [in Palestine] involving close relatives, if a victim is over 18 she might be charged with “criminal participation” in incest if the case of rape is not proven.

Astoundingly, this survey was mentioned in passing in UNRWA’s Gender Bulletin – without saying a word about how the territories that UNRWA works in are the worst for women. Instead, UNRWA highlights how wonderful things are, saying things like Abbas will allow women to join security forces in Gaza.

There is literally a worldwide conspiracy to downplay Palestinian outrages because the prevailing narrative for them must be victimhood above all. The meme of Israel evil/Palestinians righteous is more important than the truth to the media, to diplomats, to “experts.”

And the victims of this tunnel vision? Palestinian women, among many others.