This was tweeted this morning by Harry Reis, Director, Policy and Strategy  at the leftist New Israel Fund:

Wow (via friend who took part): Yesterday Palestinians staged first queer protest, demanding acknowledgement of pioneering role in reshaping/leading Pal society, offering a vision of a unified progressive, inclusive Palestinian society that is strong because of its diversity.

No, that is not what happened.
There was no protest in the Palestinian controlled territories. There was a protest by Arab Israelis, who call themselves Palestinians, in Haifa.
Israel. 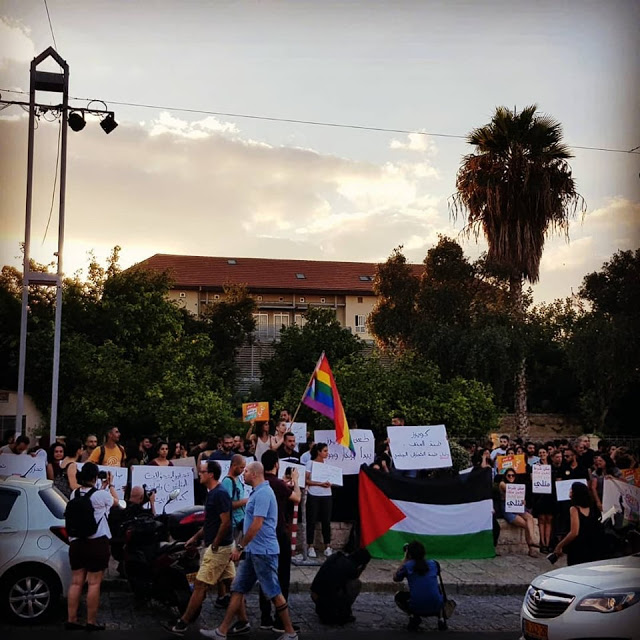 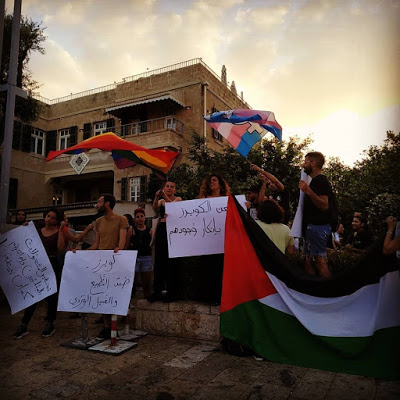 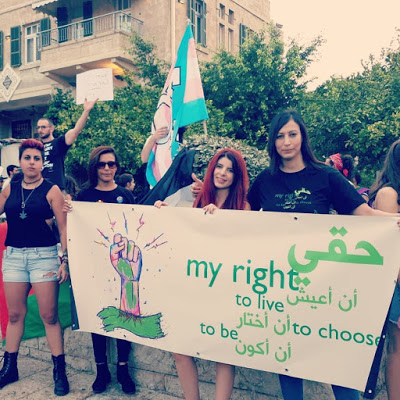 The protest was against a 16 year old gay Arab from Tel Aviv being stabbed recently – by his brothers.
Even so, the Arab gays in Israel are using this as an example of how Israel does not protect gay Arabs despite hasbara about how gay Palestinians often flee to Israel to save their lives.
But how can Israel defend a gay 16 year old from his brothers in his own house, if he didn’t seek protection from the police?
The linked article accuses Israel of “pinkwashing.” Moreover, the article claims that Israel only provides a curriculum of tolerance for sexual orientation  for Jewish schools, not Arabic-speaking schools in Israel, and therefore it is responsible for Arab violence towards gays. I find this hard to believe – more likely the Arab schools refuse to teach tolerance.
The original tweet was knowingly deceptive as to where and for what purpose this protest was. He was trying to make Palestinian society look tolerant and progressive for suggesting that a pro-gay protest was allowed in the territories. Rather than showing Arab support of gays, as it pretends to, it highlights the intolerance of Arabs towards gays.  In fact, this story proves that the only safe place for Arab gays to protest is in Israel.
Moreover, the only safe place for such a protest is in a Jewish-majority town in Israel – they didn’t protest in an Arab community.