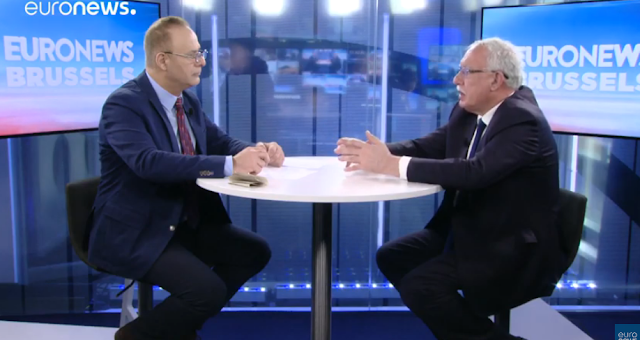 Palestinian foreign minister Riyad al-Maliki went to Europe where is appears to be double-daring the EU to attack and sanction Israel diplomatically and effectively calling them cowards for not doing so.

In an interview with Arabic-language Euronews, Maliki said the European Union could not put any pressure on Israel to force it to comply with international legitimacy.

“I don’t think the European Union has enough courage to take punitive measures against Israel,” he said.

This didn’t happen in a playground where a bully intimidates his victim into eating a worm. This is how the Palestinian Authority talks with the EU.

And the scary thing is that the EU often treats the Palestinians as if it holds all the power  in the Middle East and they must meekly go along.

I hope against hope that some European leader will say that this is a strange way to show respect for the people who provide the lion’s share of funding the Palestinian Authority.