Here are some Palestinian editorial cartoons (mostly from Felesteen and Shehab News) about how much they hate the Umm Haroun miniseries that is sympathetic to Jews.

Here the TV is spouting out the Jewish equivalent of the coronavirus: 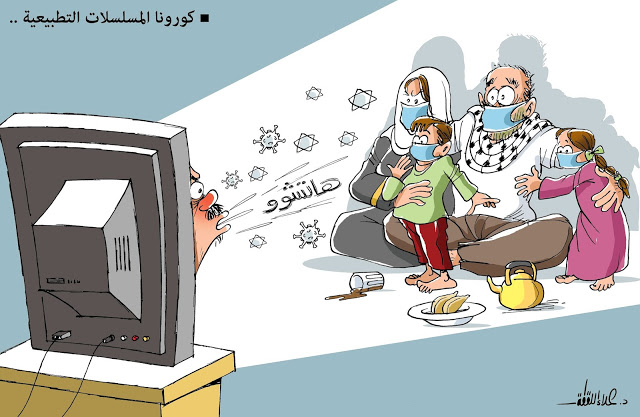 Here the miniseries is the hammer and the Palestinian is peacefully sitting on the anvil: 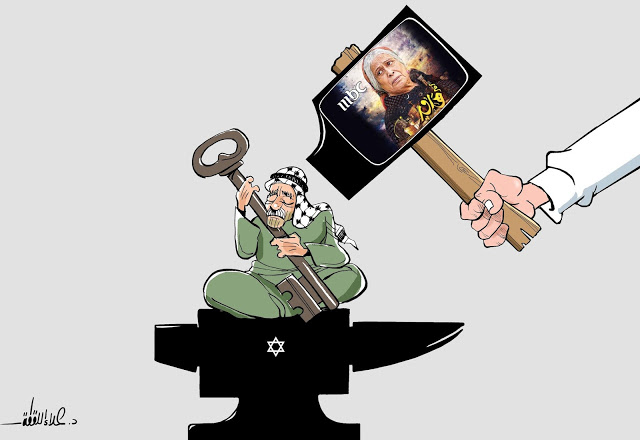 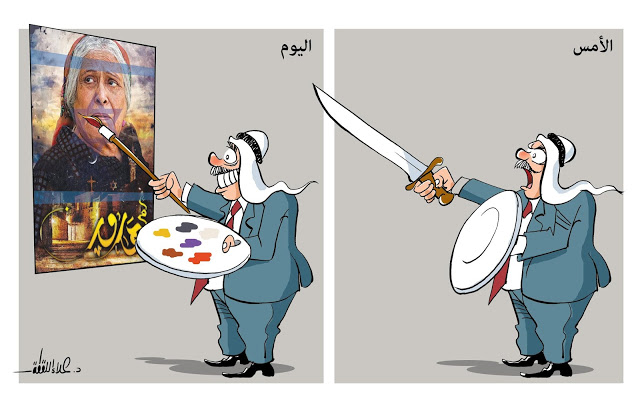 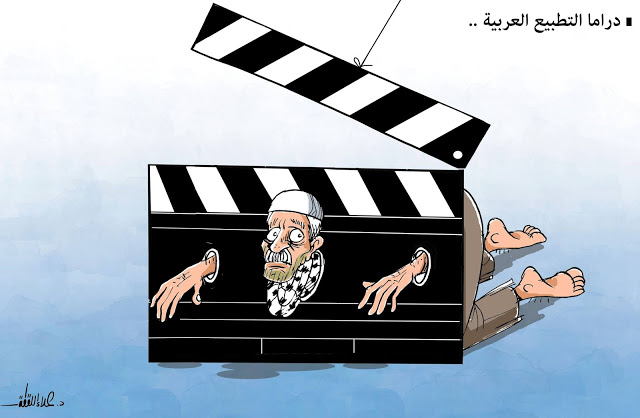 Here the Saudis, Abbas rival Dahlan and IDF spokesperson all coordinate to make the miniseries. 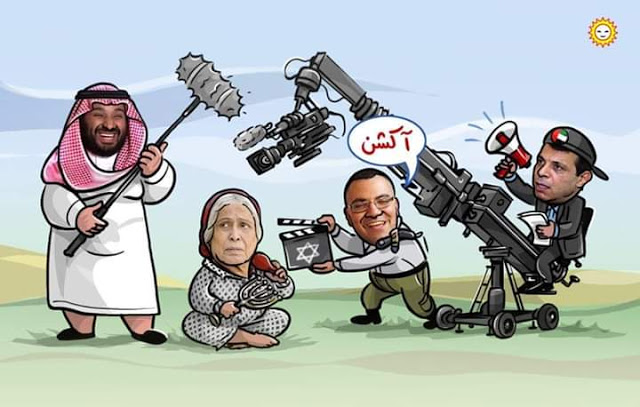 Arabs are letting the Israeli soldiers into their living rooms in the “Occupied Arab Drama.” (h/t Aboud) 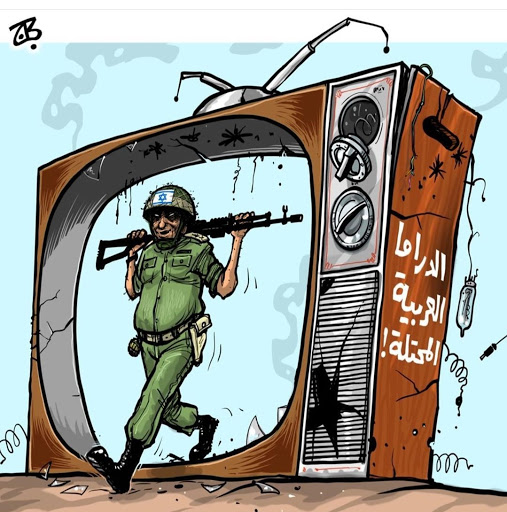 This one is only indirectly about the show – the Jewish screw is causing the rift between the holy sites in Jerusalem and Mecca. This may have been after a Saudi on TV said that there was nothing wrong with the Jews having the Temple Mount. 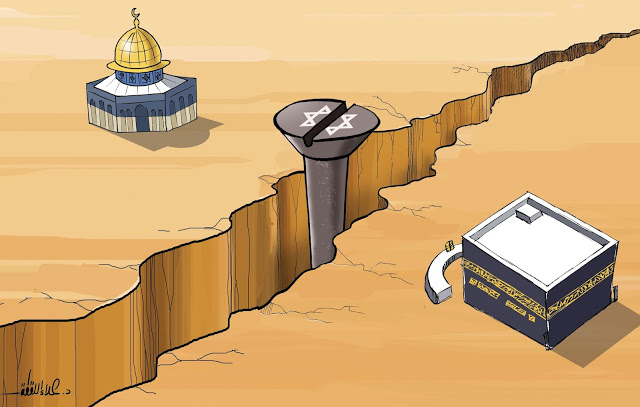