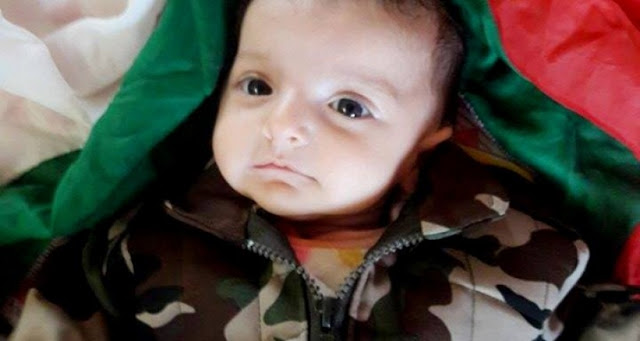 UNICEF’s quarterly Humanitarian Situation Report for the Palestinian-controlled territories mentions that the group tried to understand what makes kids attack Jews at the beginning of the “knife intifada” in October 2015.

1) retaliation and revenge response to alleged humiliation by ISF and settler violence,
2) role of social media in response to witnessed incident(s),
3) act of patriotism and
4) peer pressure and bullying

were identified as main drivers within a context characterized by poor domestic conditions, boredom, and lack of playing spaces.

Yes, bored kids all over the world decide to stab people.

The methodology from UNICEF is unclear; kids will often answer how they think they are expected to answer so the “retaliation and revenge” idea seems nebulous. There was no difference between how Israel acted towards the Palestinians in August or in October of 2015; the spark that was mentioned in all media and social media was rumors about Israel taking over the Al Aqsa Mosque, which UNICEF actively avoids mentioning.

The role of social media is another whitewash by UNICEF, as it doesn’t mention that the kids are being directly incited by a constant barrage of mainstream and social media communications that make “martyrs” into heroes and that demonize Jews.

The least important factors mentioned by UNICEF, peer pressure and bullying, are perhaps the most important ones in reality. “Peer pressure” to stab Jews makes no sense because any peers who actually do it tend not to remain peers – they are in prison or killed.

That leaves bullying. One can easily imagine a kid who is being abused by his classmates wanting to use a terror attack to escape the situation, and become a hero at the same time. Using the “occupation” as an excuse will satisfy the bigots at UN agencies who want to ascribe all the evils of the world to Israel, but it seems very likely that kids going on stabbing sprees are acting out of the same motivation as some female suicide bombers – a way to escape a bad life and/or to erase shame and transform it into honor. And Palestinian society honors terrorists more than any other kind of role model, a basic piece of information that UNICEF does not deem important enough to mention in its quest to find the root causes of child terrorism in 2015  (that they euphemistically call “violence between children and Israeli Security Forces.”)

The epicenter of the child attacks was not Jerusalem, but Hebron. UNICEF did not seem to prioritize Hebron in this “rapid appraisal” but they mention Hebron in a different context in a more recent report, “UNICEF Regional Director for the Middle East and North Africa completes visit in the State of Palestine.”

Cappelaere also met with social workers at the Hebron Directorate of the Ministry of Social Development, with whom UNICEF works closely. They explained how they investigate suspected cases of child abuse and take appropriate action to protect the children, despite being overwhelmed with a growing number of cases.

There are literally an overwhelming number of child abuse cases in Hebron – the spot where most of the attacks took place. The earlier report hints at the same factor when it mentions the “context” of “poor domestic conditions.”

Reading between the lines, it appears as if Palestinian child abuse, and the lack of protections of children from being hurt by their peers and parents, is a significant driver motivating abused kids to want to escape their horrible lives. And the constant message that terrorists are heroes makes attacking Israelis the easiest and most logical solution.