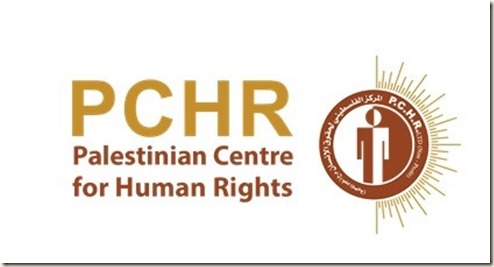 The words “human rights” means something much different to Palestinians than to the rest of the world.

For years, the Palestinian Center for Human Rights in Gaza Legal Aid department has worked with Israeli authorities to facilitate medical treatment of Gazans in Israel, the West Bank or abroad. According to the group, it has helped transfer some 700 patients in 2019 alone.

On May 19, the Palestinian Authority decided to stop all coordination with Israel, including cooperation on transferring patients to Israeli and foreign hospitals. Mahmoud Abbas has made the supremely cynical decision that this political act is more important than Palestinian lives. As a result, at least two babies have died so far because they could not travel outside Gaza, even though Israeli authorities are trying to help.

Israel, which does not want to see Gaza patients die, has been looking for alternative ways to help these patients. Israeli human rights groups are scrambling to find ways to coordinate patient transfers.

Someone in Israel suggested that the PCHR would be a good choice to take over the PA’s role in facilitating life-saving transfers, since they already know the system and they have been helping patients work with Israeli authorities on the legal front.

One would think that a human rights group would welcome such an opportunity to save human lives. But that isn’t what happened.

PCHR condemns without reservation and in the strongest terms the Israeli occupation authorities’ political propaganda to undermine the PA by promoting the Centre as an alternative. PCHR categorically refuses such insinuations and holds the Israeli occupation fully responsible for the lives of Palestinian patients in the Gaza Strip who are in dire need for medical treatment abroad and face imminent death as a result of denying them access to basic medical services that are unavailable in the Gaza Strip.

In view of this development, PCHR has decided to discontinue all legal aid services it offers patients. PCHR regrets having to take such a decision and holds Israeli authorities fully responsible for its consequences. PCHR affirms its absolute rejection of attempts to circumvent the Palestinian leadership’s decisions in any way, shape or form.

Because of an unverified  Israeli media report, the PCHR is not only refusing to step in and help where the PA is abdicating its responsibility to save the lives of its citizens. It is actively choosing to stop the assistance it was already giving!

In other words, if Abbas wants Gazans to die, PCHR will allow them to die – and then PCHR will blame Israel. Given a choice of human lives or politics, PCHR chooses politics, seemingly hoping that dead Gazans will make Israel look bad, which makes their deaths worthwhile.

When the PA and PCHR – which is closely associate d with the PFLP terror group – say that this is fully Israel’s responsibility, they are saying something quite fantastical. Israel would have to invade and re-occupy Gaza and take over all governmental functions from security to healthcare to sanitation in order to fulfil what they say are Israel’s legal obligations as the “occupying power.” (The fact that Israel does not and cannot run all those institutions today is proof that Israel isn’t the “occupying power!”)

I’m not exaggerating. PLO Executive Committee Secretary Saeb Erekat said this weekend, “Netanyahu will be responsible for collecting garbage in Rafah, Jerusalem, and Hebron, and he will bear his full responsibility as an occupying power.”

Obviously, it makes no sense to invade and re-occupy Gaza, a war that would kill thousands, in order to save a few dozen patients a year.  Just as obviously Hamas would not cooperate in Israel taking over governmental functions. But this is what the PA and PCHR are saying is Israel’s responsibility.

In reality, they have the ability to save the lives of sick Gazans and they are choosing to let them die rather than cooperate with Israel as they have in the past.

How much more evidence is needed that Palestinians – even Palestinian human rights groups – prefer to use sick and dying Palestinians as pawns rather than doing everything they can to save their lives? Their message to Israel is “submit to our demands to allow Gazans, including terrorists, to freely enter Israel without permits, or else we will allow our people to die and blame you.”

It is an astonishingly cynical message from the PA, but doubly so from a supposed human rights group.