Two security officers and a border policeman were murdered Tuesday morning in a suspected terror attack in the town of Har Adar outside Jerusalem. Another Israeli was badly wounded.
According to the Border Police, the Palestinian assailant approached the town’s gate posing as a laborer. When the officers manning the gate grew suspicious of him because of his unusual clothing, he pulled out his weapon and opened fire.
After an exchange of gunfire, the assailant was shot dead, but not before fatally injuring three people and severely wounding one more.
Israeli media identified the attacker as 37-year-old Nimer Mahmoud Ahmad Jamal a father of four from the Palestinian village of Beit Surik. The man is said to have a valid work permit allowing him to enter Jewish settlements in the West Bank.

The Palestinian Ministry of Health immediately  tweeted and placed on Facebook this announcement (autotranslated):

The supposedly independent and Western-funded Ma’an also referred to the murderer as a “martyr”. 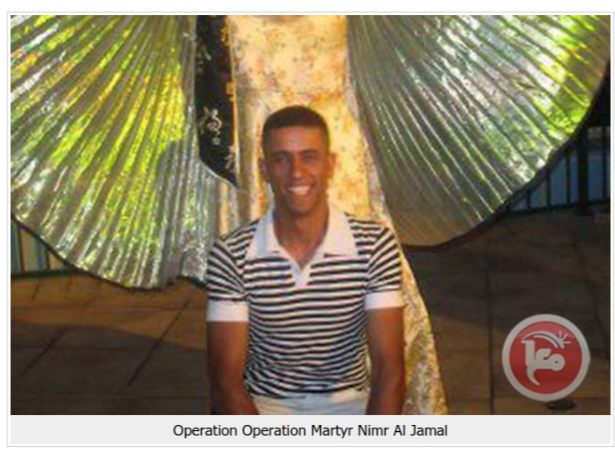 How can one make peace with a culture that celebrates death and murderers?