On Monday night, IDF troops shot and killed a 19 year old who hurled an explosive device at them from a motorcycle.

Last week, a teenaged girl tried to stab soldiers and was shot and killed.

Both of these teens are being hailed as heroes by the party led by the Palestinian leader Mahmoud Abbas, who tells people he is against violence.

Here’s a Fatah poster for the 19 year old: 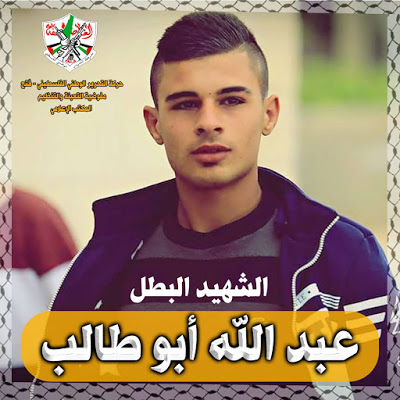 Although Fatah’s Facebook page doesn’t mention his attack, the poster calls him “the heroic martyr Abdallah Abu Taleb” – and they don’t use the word “hero” for people killed unless they were attackers.

Here’s a cartoon about the girl on Fatah’s Facebook page: 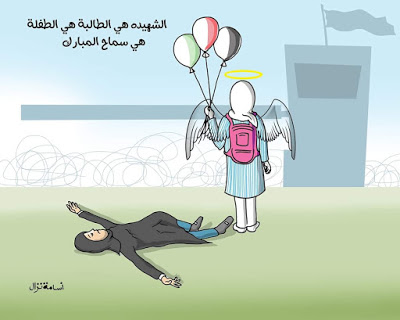 Perhaps she is going to Paradise to have sex with the male terrorists, who Palestinian children are taught are rewarded with 72 virgins.

Anyone who claims that Abbas doesn’t encourage violence never spends time reading the material put out daily by his own people.