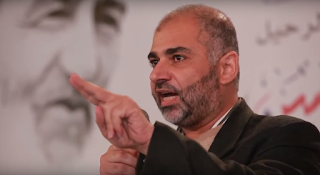 The first sentence of this article in Al Madenah News, by Dr. Mustafa Yousef Alddawi, to mark the centennial of the end of World War I, is one of the most absurd things I’ve ever read in Arabic media. And that’s saying a lot.

“There is no doubt that Palestine was the greatest victim of the First World War,” it begins.

The number of people killed during the war was between 15-19 million.

The Ottoman Empire, Germany, France, the British Empire, Russia, Italy and Austria each lost more people than the entire population of Palestine.

Obviously he is claiming that the division of the Arab world by the victors of the war, which included allowing Jews to return to a sliver of land where they are the indigenous people, is the most catastrophic thing to ever happen to anyone, ever.

They actually used to be able to make headway with these arguments in the Arab world. Those days are gone.

The article ends with a threat against the world:

Yes, this Palestinian writer is saying that unless the world gives the Palestinians what they demand – the destruction of Israel – we can expect a World War III that could dwarf the others.

I’ve seen lots of mob-style threats from Palestinians, but this one takes the cake.