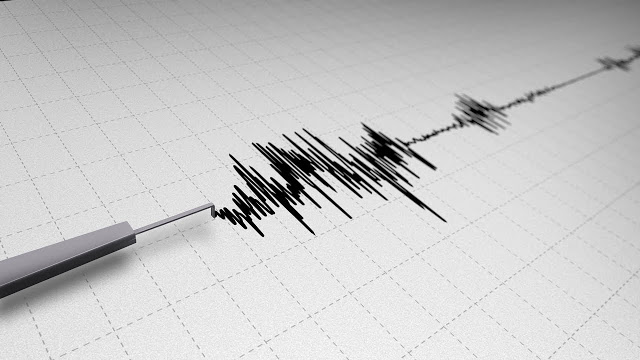 The editor of Ma’an, Dr. Nasser Al-Laham, describes how ordinary Palestinians reacted to the news that there were several small earthquakes in the north of Israel and that a major earthquake is likely to occur in the future.

He decries the question – not so much because it is ridiculous and ignorant, but because the people are relying on Israel for news about a potential earthquake, and there seem to be few Arab geologists who can make their own determination of whether the recent tremors are natural or man-made.

The idea that Israel is planning to create artificial earthquakes is not new. For example, in 2012 Arab media reported that 28 Israeli experts were planning a carefully calibrated earthquake to destroy Al Aqsa in 2020.

A Jordanian columnist added his own theory in Al Dustour this week, as MEMRI translates:

Suddenly and quietly, the earthquakes in the northern part of the [Jordanian] kingdom stopped, and tremors are no longer emanating from the belly of the earth to rattle everything upon it. It’s as if whatever was causing these tremors has moved to some other site, and is waiting for a different mission. The quakes, which were centered around the Sea of Galilee and its region and whose magnitude was around four on the Richter scale, raise many questions as to their cause, location and timing. They may have been caused by detonations carried out by the occupation army deep underground, beneath the Sea of Galilee, to test new weapons, such as small nuclear bombs with limited range, or else conventional weapons for use against the armies in the region, which the occupation state regards… as a threat, to some extent. Perhaps these [tests] are in preparation for carrying out an enormous crime against the Muslim and Christian holy sites in occupied Jerusalem, especially against the Al-Aqsa mosque, the Dome of the Rock and the Church of the Sepulcher, by causing an artificial earthquake beneath them to destroy them, in preparation for building the fake [Jewish] temple as part of the plan to Judaize Jerusalem.

What increases the suspicion that the occupation is involved in causing the recent earthquakes is the fact that it has done nothing and taken no precautions in preparation for the large earthquake that its own expert geologists claim is bound to follow the small tremors. It continued to monitor from afar the global reactions to its nonsense, and when it understood that its tricks had been exposed and that nobody was fooled by them, it stopped the experiments…

Geologists are not convinced that what happened was really a [natural] earthquake, but tend to think that it was the result of deliberate actions by the occupation army, because the epicenter of the quakes was beneath the Sea of Galilee… In the coming days, everyone must be cautious and alert to [further] surprises that the occupation may be preparing in order to achieve its historical aims, which must be carefully studied and kept in mind.

I guess Al Laham is wrong – there are expert geologists in the Arab world.