One of the features of the Jewish Telegraphic Agency (JTA), is that it republishes articles from decades earlier.

For instance, last week it posted an article that seemed oddly familiar of something that happened in Nuremberg Germany in March 1935:

A number of Nazi leaders were arrested here today for calling upon the population to massacre the Jews and for spreading posters bearing the slogans “Death to the Jews!”

A pogrom of Jews in Nuremberg was averted due to the quick action of the police, who removed the posters after Julius Streicher, the Nazi leader of Franconia, declared that they had not been spread upon his order. Streicher himself, though the most notorious Jewbaiter in Germany, issued an order to arrest all those guilty of calling upon the population to attack the Jews.

Those who were arrested are being questioned today to establish the originators of the plot. All those arrested are members of the Nazi party. They are accused of spreading a rumor that the Jews are seeking to assassinate Hitler, by this means hoping to enrage the population against the Jewish inhabitants…

All that is missing is the outbreak of  the knifing attacks against Jews that we still read about happening in Israel.

But the Nazis had other things in mind.

The connection of Nazi and Arab Antisemitism becomes even stronger when you notice the name of Julius Streicher in the article.

Streicher was much more than just a prominent member of the Nazi party. He was the founder and publisher of Der Sturmer, a key part of the Nazi propaganda machine, and known for its antisemitic articles and especially its degrading cartoons of Jews. Der Sturmer was so incendiary that in the Nuremberg trials Streicher was found guilty of crimes against humanity — despite not participating in the actual murder of Jews — and executed.

Comparisons have been drawn between the antisemitic cartoons published by Streicher and the cartoons, seen even today, in the Arab press.

But the influence of the Nazis on the Arabs does have some limitations.

The Nazis came to power in 1933, while in then-Palestine Arab attacks on Jews were earlier.

There were Arab riots in the 1920’s in Palestine, culminating in the Hebron massacre in 1929, where cries of “kill the Jews” were heard. And of course, the claim of Jews “storming” the Temple Mount or threatening to Judaize Jerusalem is, even today, a popular way to stir up the Arabs.

The Arabs did not need the Nazis to teach them to hate Jews. In her book From Time Immemorial, Joan Peters lists Arab attacks on Jews recorded as far back as the 15th century, including multiple attacks just in Hebron alone:

But times have changed, Overt antisemitism is now being excused.

Attacking Jews does not get the same reaction today.

In 1995, an Austrian prosecutor decided that calling for the death of Jews is a valid form of criticism of Israel.

This year, a German court decided that firebombing a synagogue was not really antisemitism — it was just criticism of Israel.

And the excuse of “criticism of Israel” is used to excuse more than mere violence.

Meanwhile, back in the Middle East, the terrorist Ahlam Tamimi finds safe haven in Jordan, where she protests on her Twitter account that the US should leave her alone so she can raise her family. 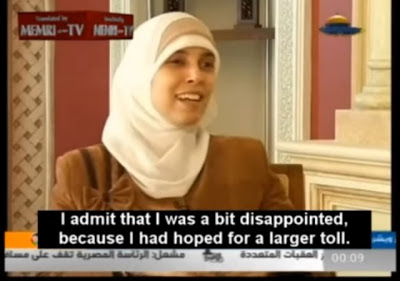 One doesn’t need Nazis to hate Jews.
But what does one need to feel the outrage to seek justice?