Israeli settlers on Saturday morning cut down 18 olive trees belonging to a Palestinian family in the village of Nahalin, west of Bethlehem in the southern occupied West Bank.

Journalist Hani Fanun, whose family owns the trees, said his family went to harvest olives on their land in the Wadi al-Hariq area of Nahalin, and found that settlers from the nearby illegal Gush Etzion settlement bloc had cut down over 18 large olive trees.

Whenever I see these stories, which almost invariably come out on Saturdays, I look for photos.

Most of the photos accompanying the stories show old, archive photos. but this time I actually found some photos apparently taken on Saturday of the damage: 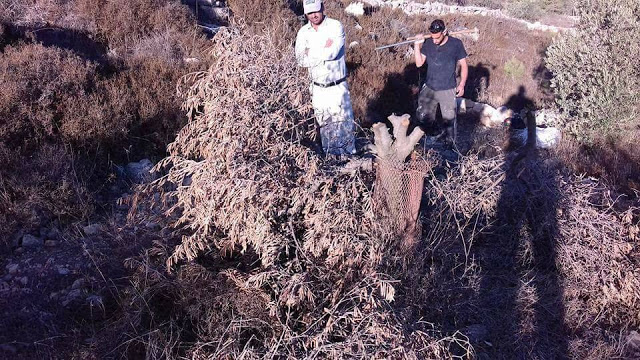 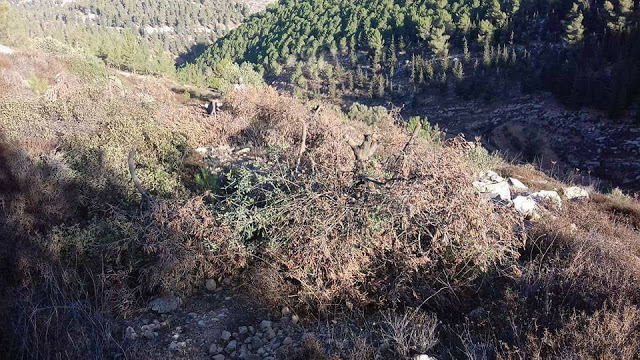 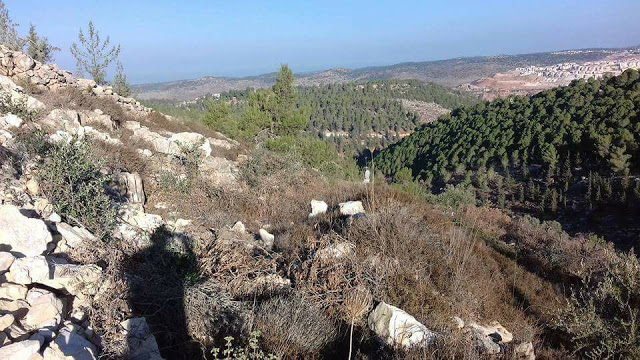 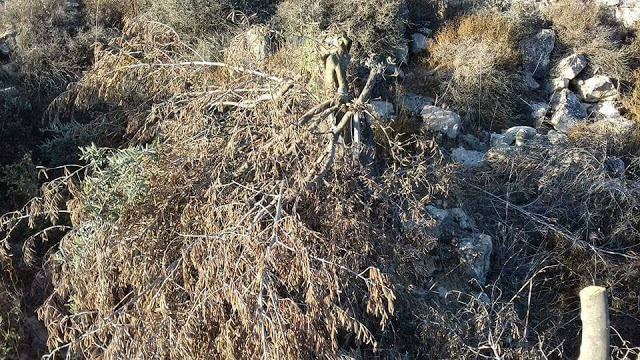 In the photos where one can see the fallen branches, the leaves are wholly or mostly brown.

So how likely is it that these trees were cut down only hours beforehand?

We’ve mentioned before that cutting down olive trees is a very time consuming and difficult job. And Palestinian Arabs often prune olive trees and then claim that “settlers” are chopping them down – in order to claim compensation.

The top two pictures in particular make it appear like the trees were pruned almost down to the trunk, which is common for olive trees. Why would the “settlers” chop down the branches individually?

As usual, there is no evidence that Jews skipped synagogue on Saturday morning to cut down olive trees. This appears again to be a case where Palestinians cut or pruned the trees themselves, perhaps weeks ago, and went to the media yesterday.