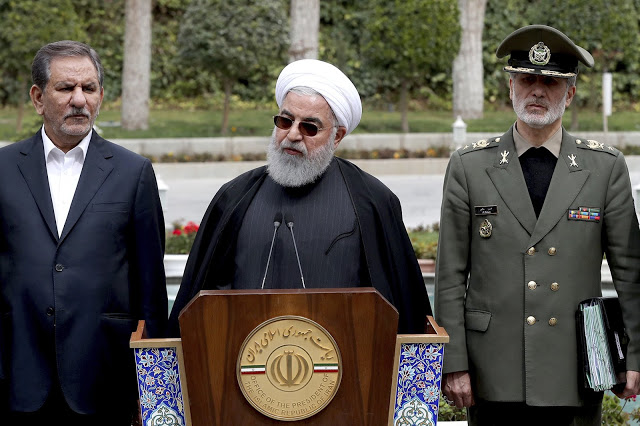 Exactly a month ago, Iran’s President Hassan Rouhani urged all Iranians to “Put all your curses on those who created the current situation,” meaning to curse Israel, the US and Saudi Arabia.

Since then Iran has seen devastating floods.

Someone on Twitter says that there is also a plague of frogs in Djour, Egypt, but I have been unable to verify this and it appears to be not true (although the video is entertaining.)