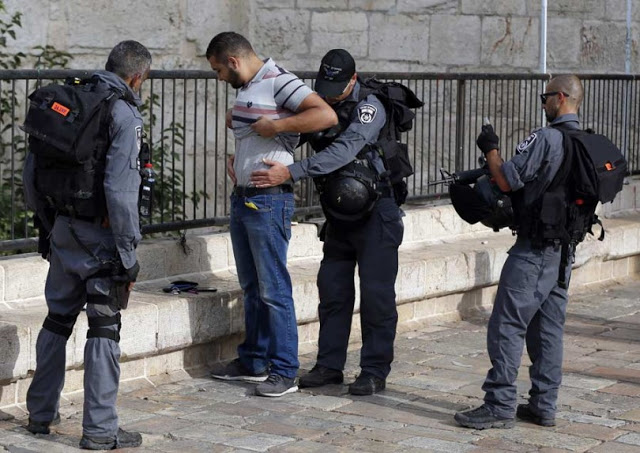 This story is nonsensical unless you understand Arab honor/shame culture.

Many young Palestinians are upset that Israeli police have increased inspections of their bags on the way to visit Al Aqsa Mosque, in the wake of the fact that it has been used as a weapons depot for attacking Israelis.

So they came up with a bizarre plan to walk around with empty knapsacks on their backs. This causes the Israeli police to stop them, check them and check their bags.

When the bags are found to be empty, they claim, the Israeli police are “angry” and, therefore, the young Arabs are happy.

One Arab who saw this play out said, “I saw a group of police officers stop  a group of young Jerusalemites in the Sheikh Jarrah neighborhood, they searched their bags, and they were all empty, and I saw anger in the faces of police officers who were not able to do anything but inspect and return the bags to their owners.”

This means that these Arab youths are deliberately trying to be stopped and searched by Israeli police, slowing down their ability to visit their supposedly holy site – all because they think that it makes the Israeli police frustrated to search a bag and not find any weapons. And if they are traveling in groups then all of them must wait for every bag to be inspected.

This makes them happy.

Even more insane is that metal detectors would allow them a much faster path to praying (and playing soccer) on the Haram al-Sharif – but that is too “humiliating” so they’d rather be inspected one by one.

But that isn’t shameful when they believe that they are humiliating the police instead of being humiliated, which was what they considered being frisked a week ago.

This also illustrates the zero-sum game mentality – if we aren’t humiliated, then the enemy must be feeling shamed. And vice versa.

The reason that there is no peace plan that works is because Westerners try to think logically about the issue and to see what each side wants. There is no logic. Arabs generally don’t work in a logical world but in an emotional one, where the exact same event can be considered either honorable or shameful based on their mindset that day.

In the end, though, any Jewish control over what they consider Arab and Muslim lands is the ultimate humiliation and that shame cannot be erased no matter how many concessions Israel gives.

The Palestinians don’t need aid. They need an army of social workers and psychologists to help their self-esteem (=honor.)  If they were half as confident in themselves as they pretend to be, they would be able to make concessions for real peace instead of symbolic victories like supposedly frustrating the police.