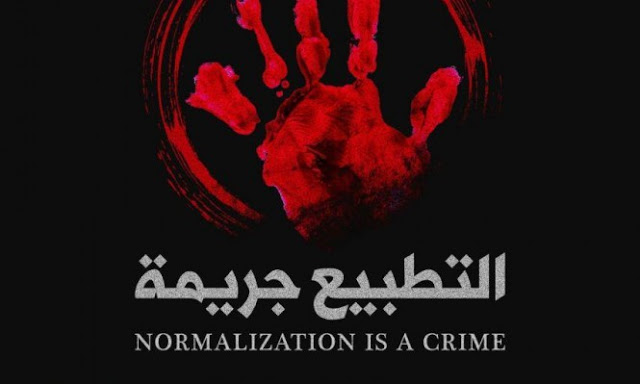 It turns out that this was a campaign launched in November by the  Nasser al-Aqsa Organization in Lebanon and the Palestinian Center for the Resistance of Normalization.

That latter group, which has only a handful of Twitter followers, has a list of the evils of normalization:

Normalization, of course, just means treating the Jewish state like any other. You know, peace. The Palestinians are in an absolute panic over the wave of Arab nations who are more and more willing to move their covert ties to Israel to become overt – above the table, as this cartoon shows in “before” and “after” (read left to right:) 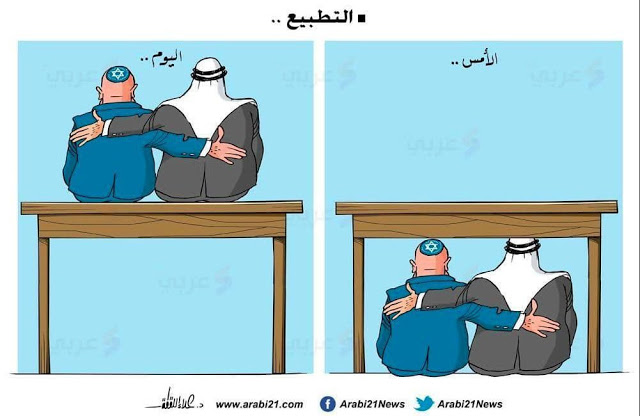