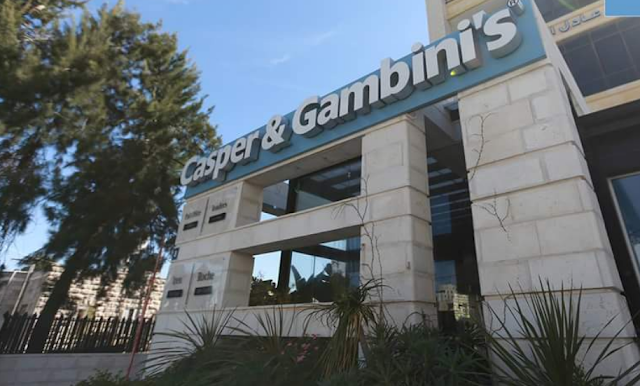 Yesterday, Israeli reporters met with Palestinian officials at a restaurant in Ramallah, where the officials gave their spin to the Trump plan, the Arab world’s seeming abandonment of their cause and other issues.

This morning, a Molotov cocktail was thrown at that restaurant – Casper & Gambini’s, a chain restaurant that has a presence in other Arab countries – as a warning against “normalization” with Israelis.

There was no damage.

In a statement to Anadolu Agency, an unknown group that seems to be associated with the PFLP wrote, “what happened Sunday, at the Casper and Gambinis restaurant was a corrupt system of betrayal and normalization which brought together Mahmoud Al Habbash with a Zionist delegation.”

The statement added, “Our Palestinian people will hold you accountable…All the offices, restaurants and cafes will have the same fate as this restaurant, which we have done in the name of our families and our martyrs.”

Habash defended the meeting on his Facebook page, saying that the meeting “is within the framework of the Palestinian leadership’s efforts to confront the conspiracy of the deal of the century, politically, legally and in the media.”