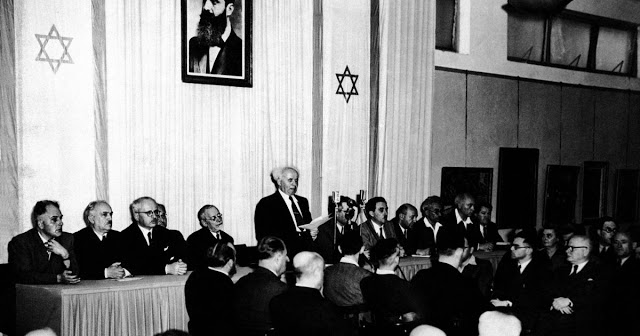 Arab News has a typical anti-Israel screed by Chris Boyle, director of the London-based Council for Arab-British Understanding.

He writes, “Israel was a child of the UN, born out of a General Assembly resolution. Yet, as many children often are, it has remained distinctly ungrateful. “

No, the UN resolution that partitioned Palestine into a Jewish and Arab state is not what created Israel.

UN General Assembly Resolutions have no legal weight unless all parties agree to them, in which case it is their agreement that gives it legal status. When the Arabs rejected the resolution, it lost any legal force it may have potentially had.

The UN didn’t create modern Israel. Zionist Jews did, by building the institutions of a state while resisting the attempts of the Arab world to eradicate them.

I see even Zionists make this argument as well.