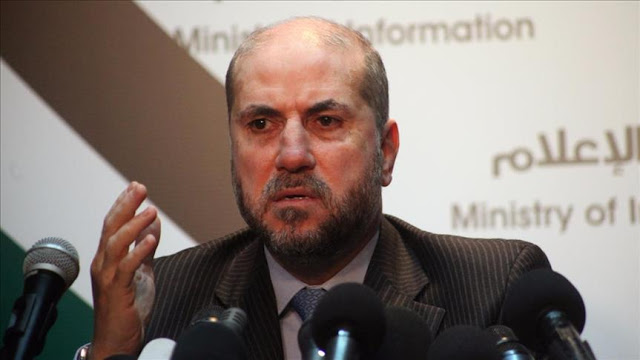 Palestinian officials routinely lie, but some of the lies are so outrageous that they outshine the others.

Mahmoud Habbash, head of Palestinian sharia courts and religious affairs advisor to Mahmoud Abbas, spoke at some sort of interfaith conference in Oslo. He said that “The State of Palestine is a role model in all countries of the world for religious coexistence among the followers of the monotheistic religions.”

Yes, you heard that right.Jews, Christians and Muslims live and work and socialize together in Palestine with no problems at all. The fact that there are no Jews and that the Christians have been fleeing is of no consequence – there is true coexistence.

Of course, the only source for religious strife in the region is Israel. “The continued Israeli occupation of the State of Palestine undermines all opportunities for coexistence among peoples and strikes human values with their killing, occupation, injustice, theft of land and the siege of Islamic and Christian holy sites in the State of Palestine and Jerusalem in particular which are incompatible with all values ​​of justice, humanity and brotherhood among peoples,” Habbash told the audience.

“This occupation affects the faith of more than one and a half billion Muslims and two billion Christians, more than three quarters of humanity,” he said, showing that even arithmetic can be twisted in the service of Palestinian lies. (Combined, Christians and Muslims are about half of the world population.)

Habbash ended off by saying that “the Palestinian people, despite all the pain and injustice imposed on them by this brutal occupation, still adheres to the culture of religious and community coexistence between all its Islamic, Christian and Samaritan communities.All attempts by the occupation to sow discord among the followers of the monotheistic religions in the State of Palestine failed.  It has been shattered on the rock of Palestinian national unity and a culture of coexistence and tolerance rooted among the Palestinian people for thousands of years and will remain so forever. “

Yes, that well-known historic tolerance of the Arabs of Palestine.