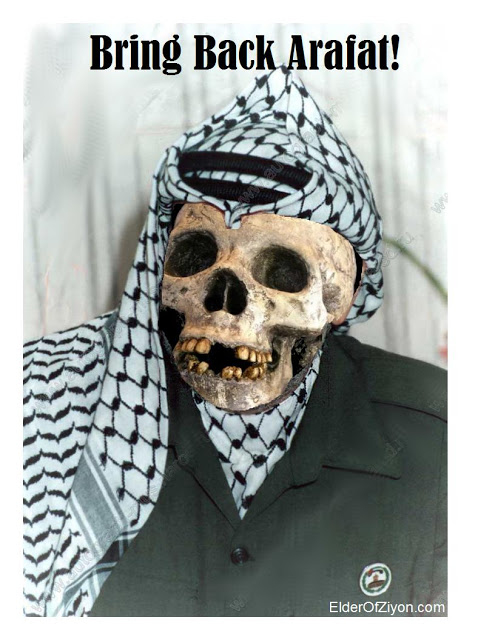 By the museum’s telling, Mr. Arafat was born in his grandfather’s house in the Old City of Jerusalem on Aug. 4, 1929. He was soon taken to Cairo, where his father worked, then returned to the Old City home after his mother died when he was 4. (Pointing to a photograph of a bulldozer at work further along in the exhibit, a museum guide said Mr. Arafat’s childhood home was demolished after Israel conquered the area in the 1967 war and cleared it to create the plaza by the Western Wall, known to Muslims as Al-Buraq.)

Arafat was born in Cairo, not Jerusalem. Although apparently his mother’s family indeed owned a home on the southern section of what is now the Western Wall Plaza, and he might have lived there.

He died, according to the exhibit, after Israel apparently managed to poison him — this “based on evidence from laboratories and other medical reports as well as official statements by Israeli officials,” the text reads, though Israel denied involvement.

No, Arafat was not poisoned.

The Jerusalem Post article about the museum ends off appropriately:

Yasser Khasib, a 51-year-old doorman, said he had no reason to visit the museum.
“No one knows who’s a symbol and who isn’t anymore,” Khasib said. “There is no hope for the future. No one cares about it.”