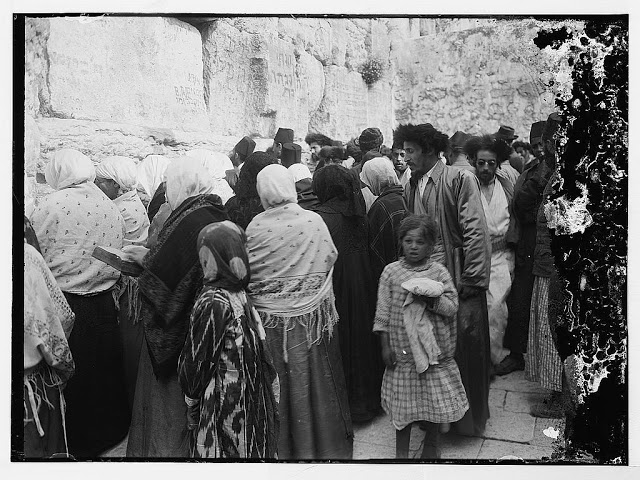 The Secretary General of the Islamic-Christian Committee to Support Occupied Jerusalem and Holy Sites, Hanna Issa, wrote an article where he denies that the Western Wall has any historic significance to Jews while claiming that it is of pure Islamic heritage and has been venerated by Muslims as the Al Buraq Wall since the time of Mohammed.

Starting in the first half of the 19th century, the Jews began to claim that the Wall of Buraq, with its great stones at its bottom, was the remaining building of their superstitious temple, which they called the Wailing Wall (now called the Western Wall). Muslims have allowed them to visit the wall as part of religious tolerance, but they have brought their instruments and trumpets and tried to turn the place into a synagogue.

Issa later says that Jews began to venerate the Kotel in the 16th century, which is indeed the time that Jews started to concentrate on that section of the retaining wall of the Temple. Before that they would gather to pray at other areas on the western and southern sections of the Temple Mount. Encyclopedia Judaica says:

The notion of the ever-present *Shekhinah therefore became associated with the Western Wall (of the Temple Mount). An 11th-century source – referred to as the “prayer at the gates” document – is known from the Cairo *Genizah, and according to it Jews conducted prayers next to the Western Wall not in the present location but farther north immediately opposite the Holy of Holies of the Jewish Temple, i.e., in the area in front of “Warren’s Gate.” In the 12th century *Benjamin of Tudela mentions Jews coming to the Western Wall for prayers and to the “Mercy Gate,” but it is possible that the other walls to the south and east also served a similar purpose. Later visiting rabbis (12th–15th centuries) also refer to the walls of the Temple Mount, but they, too, are not site specific in terms of a gathering spot for Jewish worship along the Western Wall.

The idea that the specific site of the current Kotel is the site of where Mohammed tethered his flying steed is completely new, only in the past hundred years. No Muslim source before the 20th century identifies even the western wall as the site – only after the Muslims wanted to assert control over the Kotel did they claim that the site was also the site of Al Buraq.

This was not the only article denying the sanctity of the Western Wall to the Jews in Arabic media today. Palestinian site Elaph has an article about the history of Moroccans in Jerusalem that says “the Wailing Wall has no basis in the Jewish theological heritage.”

It is not difficult to see that the Palestinians and Muslims in general are interested in denying any connection of Judaism to Israel. The consistent claiming of literally every Jewish holy site, al of which predate Islam, as being Islamic and not Jewish is not a coincidence. It is the basis of their view of Jews in the Middle East.

Those who pretend that this is not a religious conflict, or that this is merely a fight about real estate, is not looking at history – nor are they looking at these articles being written today.