Palestinian site Safa has an article that describes the Temple Mount Sifting Project, where tons of debris that was excavated from the Temple Mount by the Waqf in the late 1990s is being searched to find archaeological artifacts. 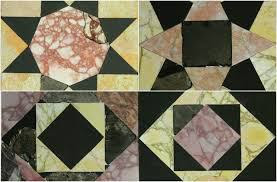 But Muslim “experts” are now saying – without actually inspecting the artifacts – that every single thing that was found was from the Umayyad or Ottoman periods.

Because, of course, Jewish history is a myth. And the entire purpose of the Temple Mount Sifting Project is, according to this “expert,” to falsify a fake history of a Jewish Temple and Jewish presence in the area.

The psychological projection is classic. Not only is it the Arabs who are trying to erase Jewish history, but the Temple Mount Sifting Project also has experts to identify Islamic artifacts!

Originally from Haifa, Peretz Reuven is our expert in the Islamic period pottery and artifacts. He originally got interested in the Islamic period while at Hebrew University. He began with Arabic and Islamic history, added in a bit of archaeology, and the rest is history. He has studied under some of the most widely published scholars, including Myriam Rosen-Ayalon, Rachel Milstein, and Hava Lazarus-Yafe. Now he works on many excavations and research projects across Jerusalem and Israel.

Peretz was working on a project with Dr. Eilat Mazar documenting all the walls of the Temple Mount, and researching and publishing the large ophel medallion when he met our director, Zachi Dvira. Zachi invited him to join our project, and now Peretz is researching all of the Early Islamic period pottery found by the Sifting Project. He is also planning to use his experience in researching architectural elements from the Roman, Byzantine, and Islamic periods to research the architectural elements found in our sifting.

The Early Islamic period assemblage from the Sifting Project is very rich in materials. We have a lot of ceramic vessels, many of which are glazed and elaborated. Though most of them are locally made, some were imported from Persia, Egypt, or parts of Europe.