In 2016, there were more anti-Jewish hate crimes than even anti-Black hate crimes in Canada, which is almost certainly unprecedented.

But to have antisemitic hate crimes outpace even racist crimes is extremey worrisome.

There are some 380,000 Jews in Canada and nearly  twice that many Blacks. There are over a million Muslims, meaning that Jews are about six times as likely to be victims of hate crimes than Muslims. 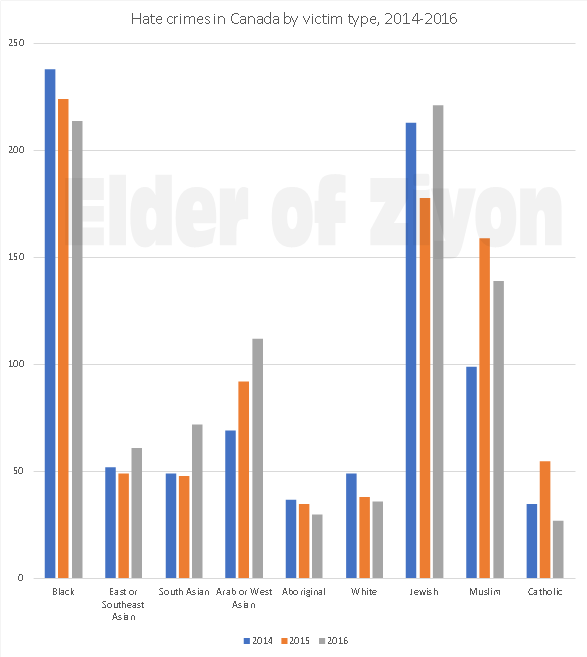 …
not applicable
Note(s):
Information in this table reflects data reported by police services covering 99.7% of the population of Canada. Percentages have been calculated excluding hate crimes where the motivation was unknown. Percentages may not add to 100% due to rounding.
Source(s):
Statistics Canada, Canadian Centre for Justice Statistics, Incident-based Uniform Crime Reporting Survey.
Report a problem or mistake on this page
Share this page