She woke to sirens in middle of night, ran upstairs to grab 3 sleeping kids from 3 bedrooms, ran downstairs; got all into bomb shelter  and shut the blast door just as the rocket hit.

Commentators say that had there been casualties, #Israel would be at war.

Her house was totaled. The woman, Miri Tamano, raising her 3 kids, is a divorcee who was laid off 6 months ago. With a BA and writing skills.
BTW, she’s a Ethiopian Jew.
Here is picture of Miri Tamano who was interviewed on Israeli TV. She detailed her rescue of her 3 boys, the terror of the rocket hitting her house, telling her boys to hold their crying in to say from Psalms “Give thanks to God for He is good, for His goodness endured forever” 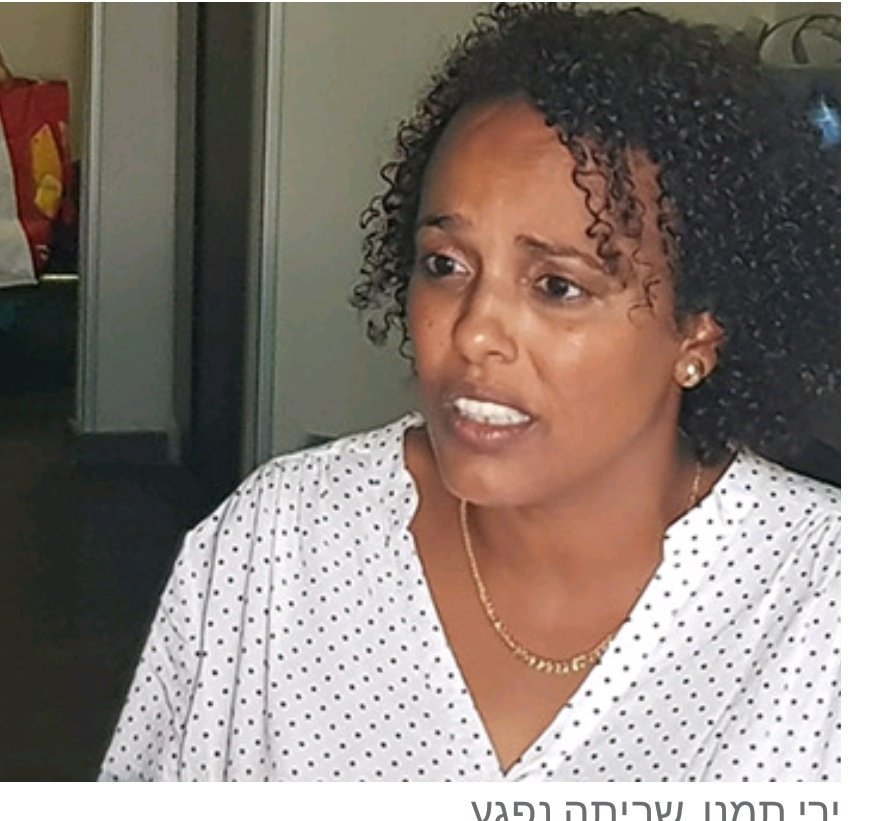 “The bomb shelter’s door was blocked, gas leaking, water, then the rescue team got us out. It was a miracle.
“Maybe I am God’s messenger to tell people to take the sirens seriously and get into the shelters.”
JPost adds:

“I heard the alarm,” she told the media. “I thought it was dream. When I came to my senses, I hurried to take the children to the security room. I was trembling and I was afraid.”

Her sister Ora said that Tamano was sleeping on the first floor, ran up the stairs, and woke her three sons, ages eight, 10 and 12, who all slept in different rooms.

“Two of them didn’t want to wake up and she had to drag them out of bed,” Ora said.

The two-story home, located on a small cul-de-sac off a main road, was completely destroyed.

“I no longer have a home,” she said. “The memories are gone. Inside the house, the closets were stuffed with all kinds of things – and now there’s nothing left.”

Those asking about sending funds, Miri and family received a few thousand dollars for immediate needs from the Jewish Agency for Israel and from the Jewish community of Montreal, Beer Sheva’s sister city.

Israeli government agencies have lots of experience in such cases, unfortunately.