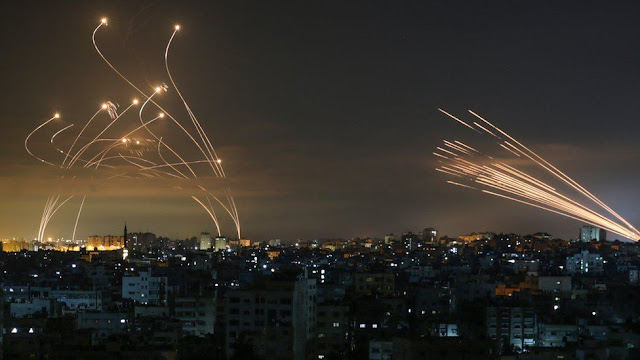 JINSA, the Jewish Institute for National Security in America, created a Gaza Task Force to go to Israel and report on what they found out about the Gaza conflict last May.

The members of the task force are:

I’d say that this group has orders of magnitude more expertise in the laws of armed conflict than the entire staffs of Amnesty, Human Rights Watch, the UN Human Rights Council and Oxfam combined.
They released their report last month, with nearly no coverage in the media. And no wonder: they prove that the media and the NGOs they adore have no idea what they are talking about when it comes to international law.
The report does not only discuss what Israel did right. It also expands on Israel’s missteps, mostly with messaging (the bombing of the Al Jalaa media building and the apparent deception to the world media that a ground operation was starting, for two.) It describes how Hamas learned lessons from previous wars and how they attempted to gain specific advantages. It discusses what lessons other democracies can learn from how Israel fought terrorists who are willing to make their own people human shields.
The report emphasizes how Hamas and its allies used the media to spread lies about the laws of armed conflict. Two examples of egregious ignorance about the laws of war from two popular comedy news hosts are given:

Trevor Noah, The Daily Show
On May 11, 2021, Trevor Noah did a segment on The Daily Show in which he argued that, because Israel is more militarily capable, it should refrain from defending itself: “If you were in a fight where the other person cannot beat you, how hard should you retaliate when they try to hurt you?”
John Oliver, Last Week Tonight

Oliver’s viral May 16, 2021, segment about Israeli actions included the unfounded accusation that it “targeted the al-Aqsa mosque during Ramadan,” and that the IDF’s strike on a multi-story building in Gaza used by Hamas “sure seems like war crime, regardless of whether you send a courtesy heads-up text.” Oliver dismissed Hamas’ firing of rockets at Israeli civilian population centers because “most of the rockets aimed toward Israeli citizens this week were intercepted.”

Both of these examples were multiplied, subtly or not, by mainstream media coverage that amplified Hamas’ and its supporters’ lies that every civilian killed in a war is a war crime.
Two of the members of the task force wrote an op-ed in the New York Post today that summarized the findings and what it means for America in the future:

In its conflict with Hamas in May, Israel endured a barrage of rockets — as well as war-crime accusations. Iron Dome intercepted most of the former. The latter are more dangerous, for Israel and even the United States.
After reviewing the Israeli Defense Forces’ operations during the Gaza conflict as retired senior US military officers, we find these accusations spurious — fed by Hamas’ disinformation and a widespread misunderstanding of the Law of Armed Conflict, or LOAC. These dynamics could soon feature in conflicts involving the US military.
Delegitimizing Israeli operations — not military victory — was one of Hamas’ main objectives in this conflict. “The real crimes,” Hamas’ spokesperson told the media, “were committed by [Israel] targeting civilians … killing more than 100 children and women and demolishing buildings.”
With such false claims, Hamas casts any civilian casualty as illegal. Unfortunately, many in the media and public embraced this false narrative.
“Destroying a civilian residence sure seems like a war crime,” comedian John Oliver opined on his show. Seeming like a war crime and being one are quite different.
LOAC requires militaries to distinguish between — and only attack — military, not civilian, targets. Commanders are obliged to make a good-faith effort to take all feasible precautions to mitigate civilian risk.
These rules do not preclude unavoidable civilian casualties. It is a sad but undeniable reality of war that international law tolerates harm to civilians if it’s not deliberately inflicted, caused by indiscriminate attacks and avoidable with feasible precautions.
In our professional opinion, Israeli actions in Gaza reflected a consistent and good-faith commitment to respect and implement these LOAC principles.

As we’ve noted numerous times, modern wars involve messaging no less than munitions. The report shows that Israeli officials are almost resigned to the fact that the world will report unfairly anyway, but that doesn’t mean they should give up improving how they get the truth across. The spokespeople should be involved nearly as much as the lawyers are in determining how to target and what information needs to be available instantly after an operation.